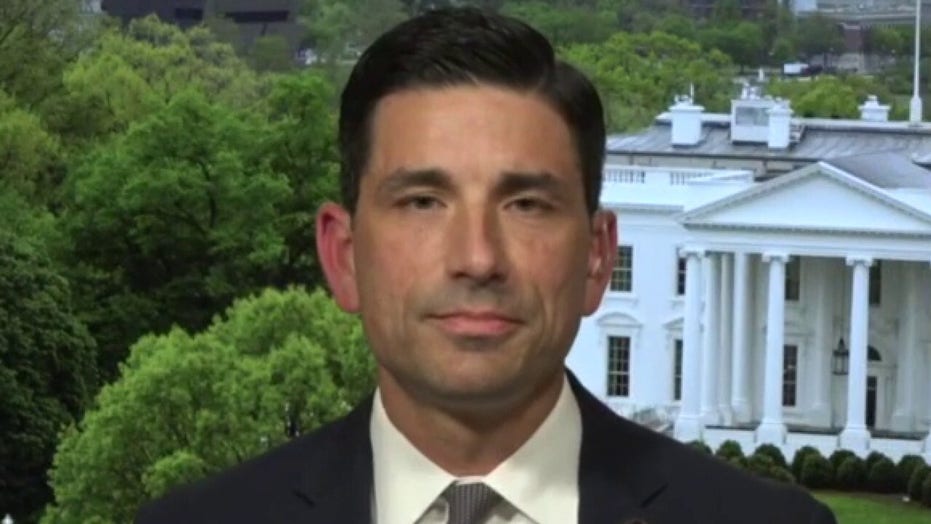 "Well, I think if you look at the remarks that the president made, whether he made it down in Florida shortly after the [SpaceX] launch, made in the Rose Garden, made it a couple of different places. I think his language had been very specific regarding the tragic events in Minneapolis [and] what he thinks about that," Wolf said. "But he's also been very clear about law and order, the rule of law and needing to establish that.

"So I know the media likes to focus on some harsh words and some direct words that can be delivered at times and I think that's needed at times. But I encourage the American people and really everyone to look at his comments as a whole. And I think you will see that they have been balanced and he has taken the right tone regarding the events in Minneapolis, but [also] making sure he's going to stand up for law and order."

"He's going to stand up for the law enforcement officials that are being targeted over the last several days," Wolf added. "And I think that's the right approach."

Mattis released a statement to The Atlantic Wednesday evening saying he was "angry and appalled" over the death of George Floyd, supporting protesters and speaking out against utilizing the military to quell demonstrations.

Wolf told Baier earlier in the interview that the protests were "legitimate" but he was concerned about violence against law enforcement, saying, "that's something that we can't have."

"I think what we've seen over the last three, four or five days is unfortunate. Obviously, the American people are very outraged over the death of George Floyd. It's legitimate, it's right to be concerned and push for reform in that system," Wolf said.

"But I think we do need to do that to make sure that we don't do that in a violent way. And what we've seen at the department is we see a lot of these nonviolent protests, we see violent protesters taking part of that ... and that's really where we have cause and concern."