The "CBS This Morning" anchors had some tough words for former President Bill Clinton over his appearance in the newly released docu-series "Hillary," where he discussed his extramarital affair with Monica Lewinsky.

The CBS morning news program played parts of Clinton's interview, where he claimed that his affair with the then-White House intern was meant to help “manage my anxieties.”

“Everybody's life has pressures and disappointments, terrors, fears of whatever,” Clinton said. “Things I did to manage my anxieties for years. I'm a different, totally different person than I was, a lot of that stuff 20 years ago."

"Still no apology though in the documentary," co-anchor Anthony Mason said, reacting to the clips, later clarifying that he meant no apology was made to Lewinsky.

"He said it was something about handling his anxiety? I mean, No. 1, I'm sorry to hear that because I just think that kind of thing should have been reserved for your closest friends," Gayle King said. "For me, my heart goes out to Monica Lewinsky, again. She was 21-22, she's now 40-something. She's smart, she's funny, she's lovely, but she still has this baggage that is tied to her while everyone else sort of tip-toed through the tulips. She's still stuck with this and it just seems so unfair about me to her." 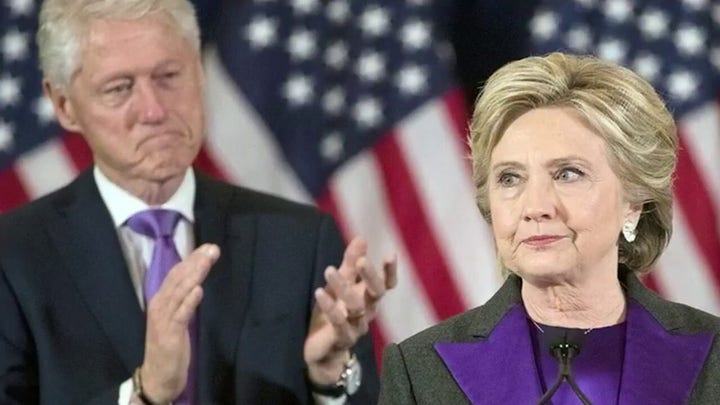 "And not addressing the power imbalance between the president of the United States and an intern," co-anchor Tony Dokoupil added.

King later said it was  "wrong on all parts" and that her "heart" still goes out to Lewinsky.