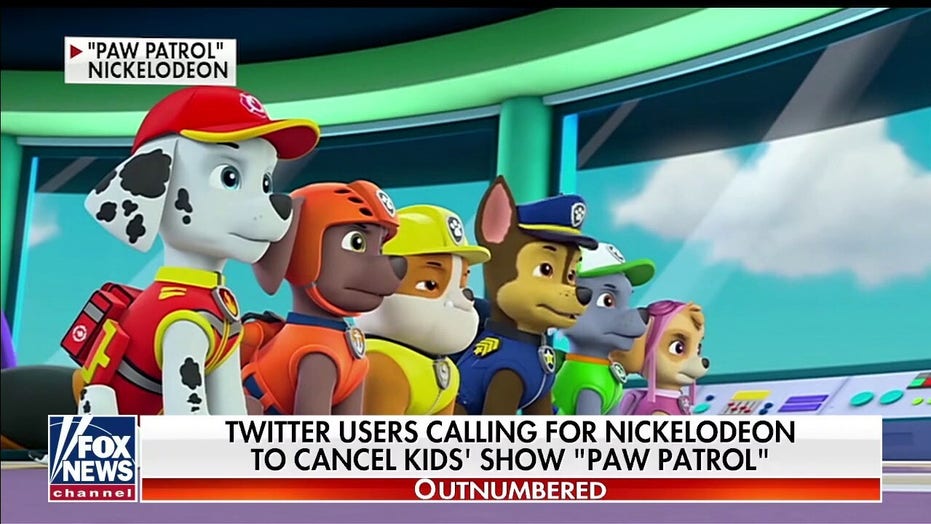 All right, this time they’ve gone too far.

As part of a sweeping reassessment of all things either favorable to the police or upsetting to the black community, the latest target is “Paw Patrol.”

That’s right. No less an authority than the New York Times informs us that the Nick Jr. cartoon--featuring a squad of canines running around helping other creatures--is too positive toward the cops.

After the show tweeted an appeal for black voices to be heard, the commenters started growling: “Defund the paw patrol.” “Euthanize the police dog.” “All dogs go to heaven, except the class traitors in the Paw Patrol.”

If this sounds like all bark and no bite, guess again. The cancel culture is roaring across America and claiming new victims, while also prompting some overdue soul-searching.

The trigger seemed to be HBO Max’s decision to shelve “Gone With the Wind,” the classic 1939 film set in part on a plantation in Atlanta during and after the Civil War. Suddenly Clark Gable and Vivian Leigh were enemies of the state. The network said the movie was unacceptable because of “racist depictions” that “were wrong then and are wrong today.”

Instead, the Washington Post says, the movie will return and packaged with an African-American scholar who will presumably decry its awful elements.

Sorry, but this is ludicrous. The film, eight decades old, is what it is. Are we now going to junk every book, play and song from the past because it no longer meets the woke standards of 2020? The debate has been going on since Mark Twain’s “Huckleberry Finn,” but has now taken on new urgency.

In similar fashion, Paramount has canceled “Cops,” once a Fox show, after 32 seasons, and A&E is dropping “Live P.D.” Sometimes television programs outlive their era, but I’m pretty sure these would remain on the air were it not for the national uproar over George Floyd’s killing.

As one wag tweeted, is the “Andy Griffith Show” next? Weren’t he and Don Knotts an all-white sheriff’s office?

And surely this backlash is out of control when Lego has to stop marketing the “Lego City Police Station” and “Police Highway Arrest” sets.

The decades-old battle over Confederate symbols is also being weaponized. NASCAR, which has just one fulltime black driver, has just banned Confederate flags from its events. The Marines have banned its troops from displaying the flag. Yet with public figures from David Petraeus to Nancy Pelosi calling for 10 military bases named for Confederate generals to be renamed, President Trump says he won’t even consider it.

And protesters are taking matters into their own hands. In Richmond, demonstrators forcibly removed a statue of Jefferson Davis, president of the confederacy. In Portsmouth, Va., protesters attacked a Confederate monument with spray paint and bolt cutters--as local officials and police looked on.

I’ve long heard the arguments that these statues, monuments and street names are merely a matter of southern pride and heritage. But the fact remains that they honor traitors who rebelled against the United States and fought to preserve an economic system rooted in slavery. That’s an increasingly difficult case to sustain.

And yet the lines can get fuzzy: Should we remove George Washington and Thomas Jefferson from our currency because they owned slaves? (Just for good measure, statues of Christopher Columbus were also toppled in Richmond and other cities.)

But if this surging wave of national introspection has claimed victims both worthy and absurd, it has also triggered some accountability and apologies.

Adam Rapoport, editor of Conde Nast’s Bon Appetite, resigned after the surfacing of an old photo showing him dressed as a stereotypical Puerto Rican. He said he wanted “to reflect on the work that I need to do as a human being and allow Bon Appetit to get to a better place.”

And longtime Vogue editor Anna Wintour told staffers she takes full responsibility for “mistakes” in publishing stories and images that have been “hurtful and intolerant,” as reported by the New York Post:

“I want to start by acknowledging your feelings and expressing my empathy towards what so many of you are going through: sadness, hurt, and anger too. I want to say this especially to the Black members of our team...I also know that the hurt, and violence, and injustice we’re seeing and talking about have been around for a long time. Recognizing it and doing something about it is overdue.”

Perhaps it was a preemptive move. The cancel culture’s verdict can be so swift that New York Times editorial page editor James Bennet and Philadelphia Inquirer editor Stan Wischnowski were ousted for minor moves that ran afoul of their liberal newsrooms.

But if everyone from journalists to entertainers to cartoon characters can be jettisoned simply because one group or another is offended, any sense of fairness will indeed be gone with the wind.