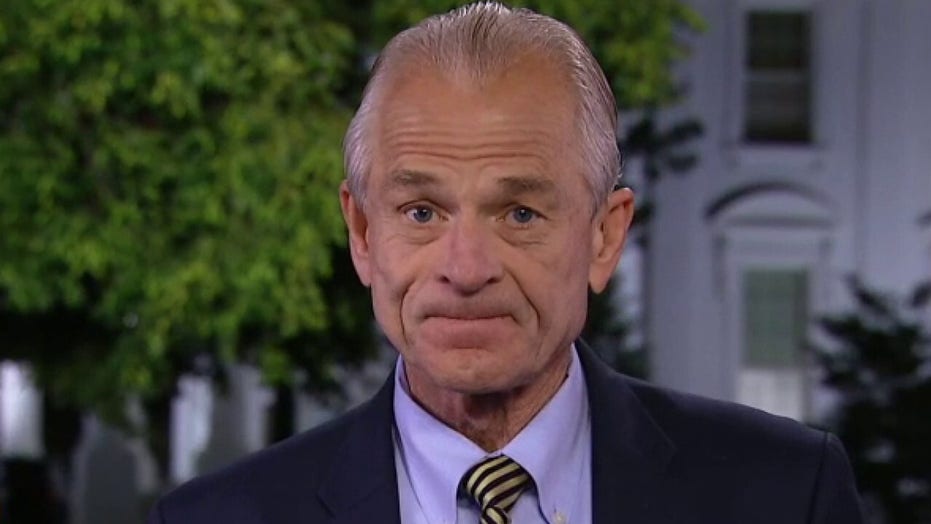 Peter Navarro: If we don't open the economy soon we won't have an economy to open back up

California -- the nation’s most populous state -- is making a mistake by not following the lead of other states like Georgia and Florida that are working to reopen their economies from coronavirus shutdowns, Peter Navarro said Thursday night.

The White House trade adviser shared his views during an appearance on Fox News’ “Hannity.”

Host Sean Hannity noted that both Georgia and Florida have seen drops in new cases of coronavirus in recent weeks and have been looking to get businesses operating again – in contrast to California.

“Now they’re talking about never opening Los Angeles until there’s a cure?” Hannity said. “Well, if they want to do that, I guess then they’re going to have to bear the brunt of the cost of that but can’t we learn from the states that did well than from the states that flopped and fell on their face?”

Navarro, 70, a native of Massachusetts who lives in California, agreed with Hannity’s view.

“California is my home state,” Navarro said. “I think it’s going to become a red state with that kind of leadership. The reality is that if we don’t open this economy back up we’re not going to have an economy."

"The reality is that if we don’t open this economy back up we’re not going to have an economy."

California has seen protests in communities such as Huntington Beach, where demonstrators have sought rollbacks of restrictions on businesses and on use of public beaches, many in effect for nearly two months.

On Tuesday night, U.S. Navy veteran Mike Garcia, a Republican, won a U.S. House seat in Southern California that was previously held by a Democrat.

In another sign of frustration with Democrat Gov. Gavin Newsom's orders as well as local rules, Elon Musk, CEO of automaker Tesla, recently said he planned to move jobs out of state over the restrictions.

"And here’s the other reality that the medical doctors haven’t been telling you,” Navarro continued. “Yeah, the China virus kills directly. But if we keep our economy shut down we’re not only gonna lose trillions of dollars in wealth [and] economic activity, that China-virus shock to the economy kills as well – suicides, drug abuse, depression.

“And guess what? All those people who couldn’t go to the hospital during this lockdown to get procedures for their heart, the kidneys and all of that? That kills too.

“It’s time to get back to work,” Navarro concluded. “We know a lot more than we did when this first hit us, when it came in like a lightning bolt from China because they hid the virus from us.

“We can do this,” Navarro said about getting the U.S. recovery underway.

“Don’t forget one thing: This is the ‘Jobs President,’ Sean, and this is where we’re gonna get to the other side of this,” he added, referring to President Trump. ”Innovation, manufacturing -- right here in the good old U.S. of A. That’s our mission.”