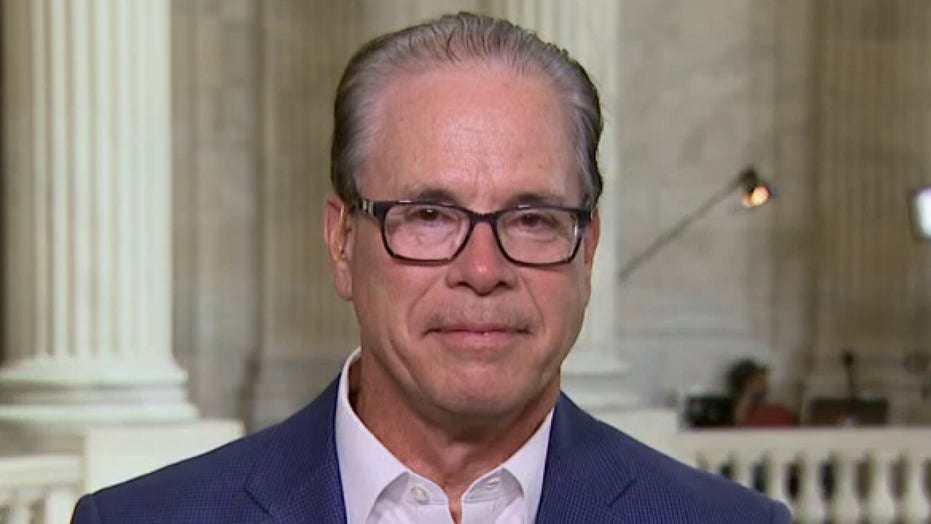 Sen. Mike Braun, R-Ind., told "The Daily Briefing" Tuesday that both parties should find a middle ground on the issue of law enforcement reform after Senate Democrats described a Republican proposal as a "non-starter."

"I think that's terrible because it's got so much in it that's also in the Democratic legislation," Braun told host Dana Perino. "And so I think this is a moment in time that if they do that, it's simply to keep ... us from moving some basic reform in place."

The JUSTICE Act, authored by Sen. Tim Scott, R-S.C., is expected to fall short of the 60 votes needed to begin debate on the legislation when the Senate takes a test vote Wednesday morning.

"Some of these issues, if we're ever going to get to changing the dynamic, too often you dig in here ... " Braun said. "But I think qualified immunity is a place where maybe we could find some agreement."

On Tuesday, Braun introduced the Reforming Qualified Immunity Act, which would require government employees -- like police officers -- to show their conduct was authorized by a statute or court decision "in the relevant jurisdiction" in order to receive protection from lawsuits.

"There's going to be a lot of interest in it [the bill] from, I think, about a third of us that believe that protecting those basic rights of individuals that run into that rare case where, like George Floyd, they ought to be able to have some redress," Braun said.

"There's a third that need to learn more about it, and there's probably a third that even reforming it may not be far out of the gate. But if it is the bridge that gets moderate Democrats to come on board to where they're not going to dig in on eliminating qualified immunity, you never know."