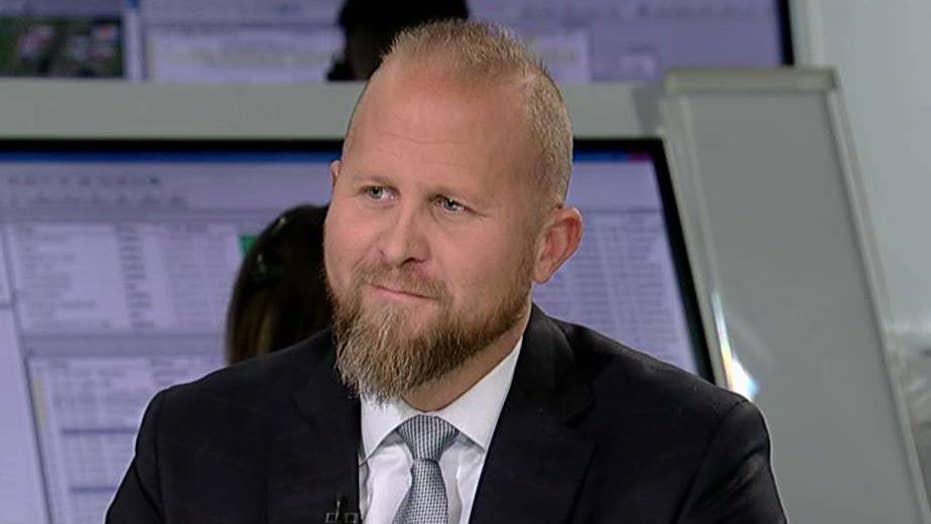 President Trump's reelection campaign manager Brad Parscale told Fox News' "Bill Hemmer Reports" Monday that the forthcoming Senate impeachment trial was unlikely to have any impact at the polls this November, and may even help the president's chances.

"From the campaign side, our numbers have gone up [since impeachment]," Parscale told host Bill Hemmer. "I told the president this right out of the gate. I said, 'If they try to impeach you and they try to do this [to you] for doing nothing wrong at all, you're the one that's going to come victorious out of this.' It's going to create lots of fundraising -- we have over $200 million in the bank between our committees -- our numbers have gone up, and independents see this farce, and this hoax."

Parscale also dismissed the field of potential challengers to the president, saying most Americans had "tuned out" their arguments.

"As soon as the president runs on any of the ballots, against any of their policies, he performs greatly against them, better than [even against Hillary] Clinton [in 2016]," Parscale said. " ... He is so far ahead of where he was in 2016 against Clinton, he is so far ahead of these other candidates in fundraising and in numbers ... and their policies are so far-left, the American people are not going to want them."

"Right now," Parscale added, "the American people have tuned out. Because, honestly, what's happened with impeachment and everything else, they've shut down. They're enjoying the Super Bowl or they're watching football games, enjoying this country's great economy, they're not sitting around watching this stuff."