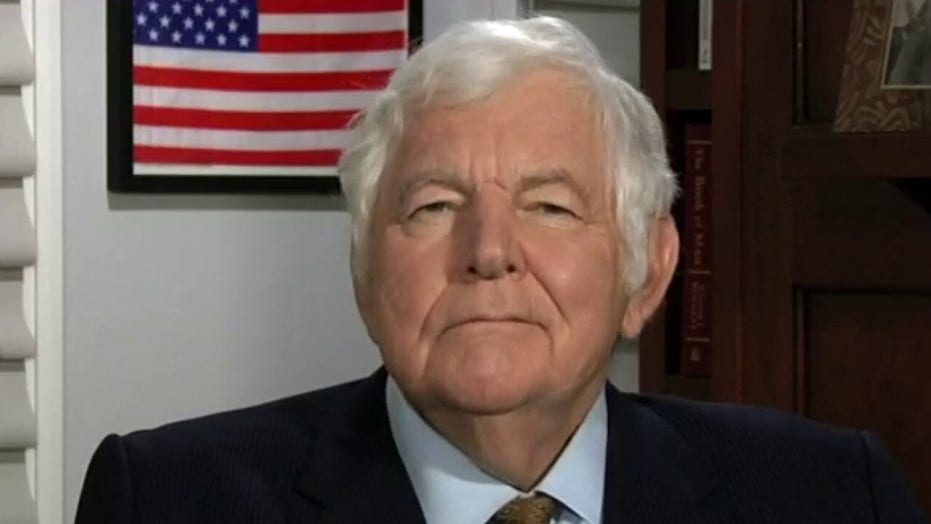 Former Education Secretary and Fox News contributor Bill Bennett told "The Story" Wednesday that he was "very disappointed" in former Defense Secretary Jim Mattis' harsh criticism of President Trump's leadership in response to protests over the death of George Floyd.

"He made a big deal out of, 'I'm not going to be one of these people gets out of office, then criticizes the president,'" Bennet told host Martha MacCallum. "It's exactly what he's done."

Mattis released a statement to The Atlantic Wednesday evening saying he was "angry and appalled" over the death of Floyd, supporting protesters and speaking out against utilizing the military to quell demonstrations.

"Donald Trump is the first president in my lifetime who does not try to unite the American people—does not even pretend to try," Mattis said. "Instead he tries to divide us."

"The thing that really bothered me in his statement was he said, let's not be focusing on the distraction of a few violent people. Really? Really?" Bennett said. "We now have four or five cops who have been shot ... is that enough to satisfy people? This is not a distraction. This is fundamental and we need to get a hold of it."

Turning to the protests over Floyd's death, Bennett called for an end to violence and pushed back at the claim that America is "fundamentally racist."

"These cops should be brought to justice. But this bloodlust against cops has got to stop. But you say an eye for an eye," Bennett said. "There are now five eyes at least or six [given] by law enforcement as opposed to the Mr. Floyd situation. Enough of this killing. Let's stop and let's remember what kind of a country this is."

"But, you know, [Barack] Obama had eight years, Martha, and he had Democrats in charge for it for a lot of that. You know what happened then? Not much."