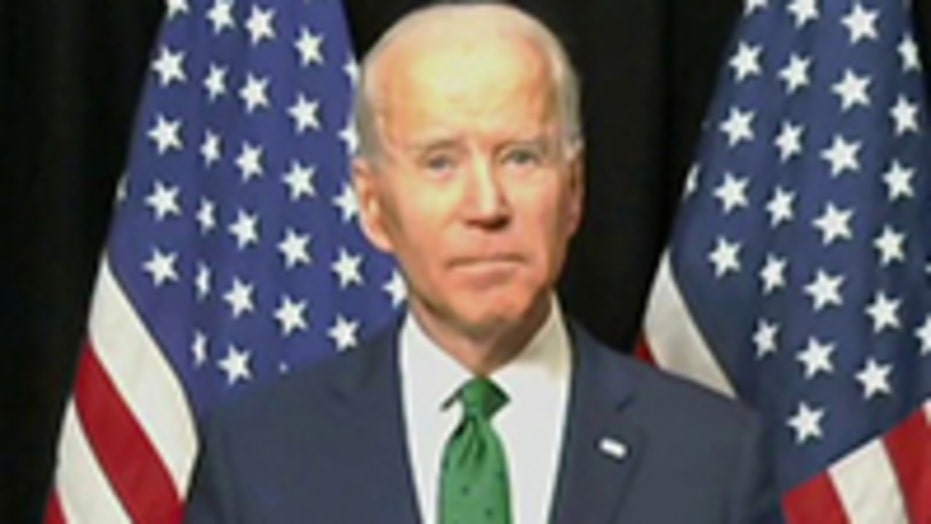 You had to keep scrolling down the home pages, whether it was the New York Times, Washington Post or some other outlet, to find out that Joe Biden had won three major primaries.

Even Biden’s brief victory speech, which focused mainly on the virus, had a weirdly disconnected vibe. It was a shaky livestream from Philadelphia, with no audience, and a delivery so low-key it was practically a golf whisper.

As the results came in showing landslide Biden wins over Bernie Sanders in Florida and Illinois, and by a narrower margin in Arizona, the cable news networks would dutifully report them -- almost with an “in other news” tone-- before switching back to virus coverage.

And Ohio didn’t vote at all, with Gov. Mike DeWine postponing Tuesday’s primary at the last minute because of health concerns. With Maryland and Kentucky having joined Louisiana and Georgia in delaying their contents, the only major state voting between now and April 28 is Wisconsin, on April 7.

In normal times, the press would be all over this race right now. Will Bernie drop out? Which woman will Biden pick as his running mate? Is he going too far to lure Sanders supporters?

Sanders campaign manager Faiz Shakir said in a statement yesterday that his boss in the coming weeks “is going to be having conversations with supporters to assess his campaign.” Beyond that, he said, the Vermont senator will remain focused on the government’s response to the virus.

Biden, who won every county in Florida, is the obvious nominee. He needs to win just 46 percent of the remaining delegates for a majority, while Sanders needs 61 percent.

I think Sanders was signaling that he’s going to hang around but not really run, as a way of keeping a sliver of the media spotlight and make his pitch for progressive causes. But he may have waved half a tattered white flag. (Axios had to retract a story saying Sanders was suspending his campaign.)

But Biden is still courting Bernie’s supporters, saying Tuesday night that he and Sanders “may disagree on tactics, but we share a common vision” on health care, inequality and climate change. “I hear you. I know what’s at stake.”

The former vice president of course needs Bernie’s diehards not to stay home, but the danger here is that he’ll move too far left for a general election. He’s trouncing Sanders, who shouldn’t be able to dictate the surrender terms.

It’s rather amazing that a tableaux that began with two dozen candidates -- Kamala, Beto, Pete, Amy, Kirsten and the rest-- has now petered out in mid-March, at least in terms of public attention.

Campaign trail reporters are left without a trail. Rallies and rope lines are a thing of the past. States are punting on their primaries. The coronavirus has swallowed the presidential campaign, along with just about everything else in American society.

It goes without saying that the country is vitally interested in who serves in the White House for the next four years. At the moment, though, most people are more absorbed by how the government is battling the virus that has upended their lives.