President Biden was mocked for "saying the quiet part out loud" on Wednesday when he admitted at the outset of his press conference in Geneva he would only be calling on reporters from a prepared list.

"I’ll take your questions, and as usual, folks, they gave me a list of the people I’m going to call on," Biden told the press following his anticipated meeting with Russian President Vladimir Putin. Observers wondered whether the "they" Biden referred to was his communications team. 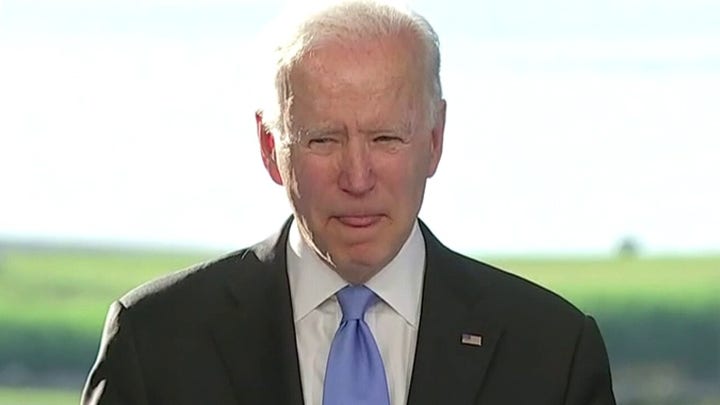 "How is this acceptable?" asked Rep. Greg Steube, R-Fla.

Social media users agreed that the president had "said the quiet part out loud."

"They won’t let him take questions from anyone other than Democrat activists in the media," another user claimed.

Biden has often relied on pre-approved lists for press conferences. At his first formal press conference as president in January, most of the questions he took were from reporters that were pre-selected by his team.

"A White House handler is calling on reporters by name and by outlet one-by-one to ask Biden a question, unlike Trump who called on reporters as the [spirit] moved him," Real Clear News reporter Philip Wegmann noted at the time, comparing Biden to his predecessor.

Then in March, Biden was seen consulting a "cheat sheet" that appeared to show the pictures and news outlets of journalists who attended his news conference, some of whom had a circled number next to their photos.

The president has also taken some heat for not holding more press conferences, a criticism White House Press Secretary Jen Psaki pushed back on in her seemingly softball interview with CNN's Brian Stelter by claiming Biden "takes questions several times a week." Psaki has also admitted that she advises the president against taking impromptu questions.