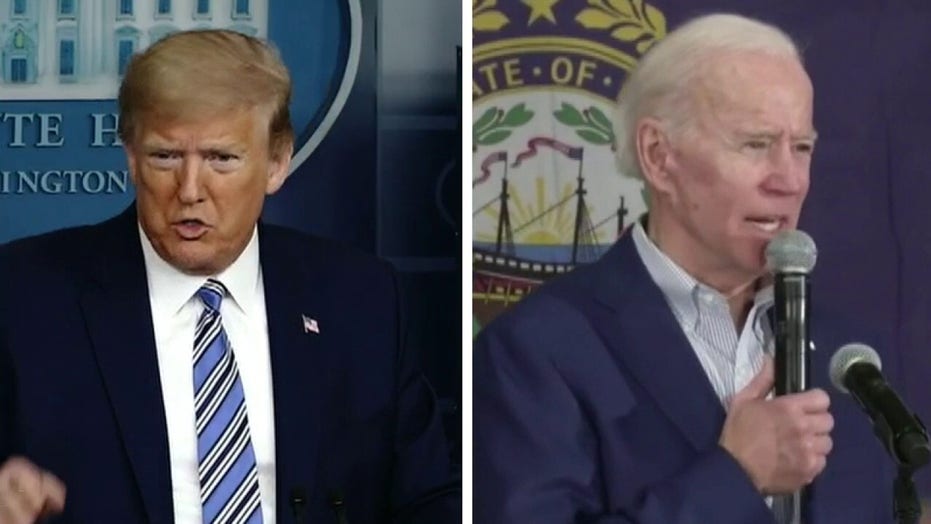 The Biden campaign is facing backlash over an attack ad against President Trump and his apparently weak treatment of China during the coronavirus outbreak. Critics are saying it is "racist" and "xenophobic."

President Trump and his reelection campaign have been slamming former Vice President Joe Biden in recent days, attempting to tie the presumptive Democratic nominee to the communist regime as suspicion continues to grow that China had been dishonest about the origins of the pandemic as well as the data it has shared with the rest of the world regarding known cases and deaths within the country.

On Saturday, the Biden campaign fired back, accusing Trump of "rolling over for the Chinese" and letting 40,000 travelers arrive in the U.S. from China after signing the travel ban.

The ad, while praised among Biden supporters, was widely-criticized among left-leaning journalists and Twitter users.

The Intercept editor Glenn Greenwald suggested that the Democrats who previously denounced Trump's rhetoric towards China as "racist" are now cheering on the same sentiment.

"Trump's response to COVID-19 has been inept and self-serving, but wow this is some xenophobic messaging..." progressive journalist Walker Bragman reacted.

"It’s exhausting how people are praising a dog-whistling ad that leans on yellow peril narratives but I guess that’s what you have to do when your candidate has no intention of fixing the structural problems that got us into this mess to begin with," Vulture senior writer E. Alex Jung wrote.

"Wow ⁦@JoeBiden⁩. Already trying to out-Trump Trump. This kind of fearmongering is causing violent attacks on Asian Americans. If you are trying to reform your past history of racist policymaking, like your 1994 crime bill, you had better do some homework. This ain’t it," civil rights lawyer Cecelia Wang tweeted.

"Who had Joe Biden put this hateful xenophobic ad up? Joe needs to focus on getting Democrats and Independents excited, not courting hard-core racists. You won’t get them, Joe, and you’ll make the rest of us sick to our stomachs," Nixon wrote.