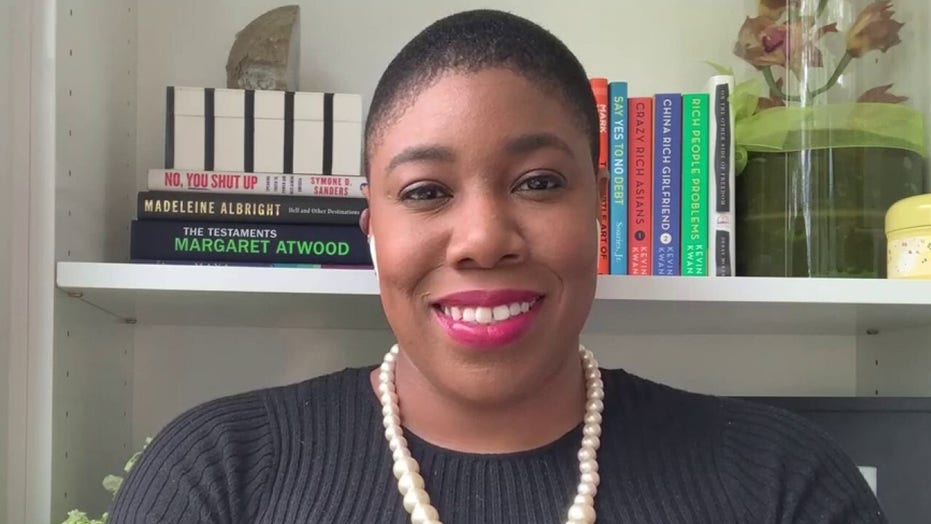 Symone Sanders on how Biden can win over Bernie supporters

“I tell you, if you have a problem figuring out whether you’re for me or Trump, then you ain’t black," Biden had told Charlamagne tha God during an interview for "The Breakfast Club" on Friday morning.

Later Friday, Todd played a clip from Patrick Gaspard, a former aide to then-President Barack Obama, saying that Biden was in no position to determine who was "black enough."

Following the clip, Todd asked Biden adviser Symone Sanders: "Symone, let me put the question to you this way -- I know, you have Joe Biden's record and you have a long list of when he goes off the cuff, he seems to speak with sort of an older generation stereotype at times in some of this stuff. When you've been around him, what would be your explanation for to someone --"

Sanders then offered a lengthy answer claiming that Biden respects various demographics and said she wouldn't "traffic" in a conversation about Biden's sensitivity on racial issues.

"And Vice President Biden’s record speaks to that. He’s not offering lip service. He’s offering results. And that stands in the stark contrast [to] what we’re seeing from this White House," she added.

Sanders had offered a similar answer shortly after Biden's controversial comments on Friday morning when a media firestorm erupted over them, saying the former veep's comments "were in jest."

"Joe Biden’s comments are the most arrogant and condescending thing I’ve heard in a very long time. I am offended but not surprised," Scott said.

"This Joe Biden interview is precisely why we gotta stop giving white people 'invitations to the cookout' or fictive kinship status like 'uncle,'" he said. "We can no longer applaud and reward liberal white people for showing basic decency or, worse, merely hiding their racism."

Biden eventually expressed regret over his comments later Friday, saying that he "shouldn't have been so cavalier."