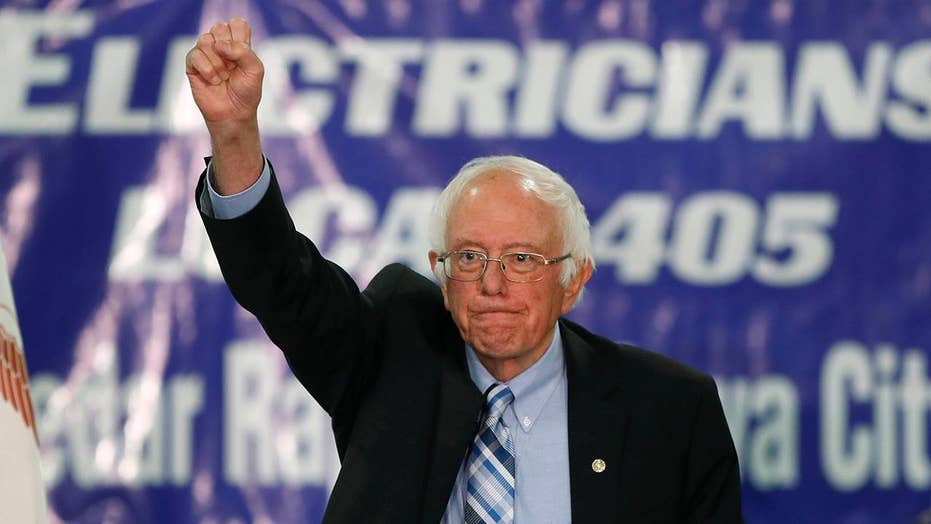 Sen. Bernie Sanders, I-Vt., was given the cold shoulder on Thursday by multiple news outlets downplaying some strong polling of his.

One new poll from California showed former Vice President Joe Biden and Sanders leading among Latino voters with 27 and 25 percent respectively. However, the graphic at the bottom of the screen read, "CNN Poll: Biden, Waren lead among California Latino voters" despite how Sen. Elizabeth Warren, D-Mass., was polling only at ten percent in the demographic.

Sanders speechwriter David Sirota took notice and asked his followers for other examples of such errors.

However, CNN wasn't the only one to knock the leading progressive. CBS News cited a new poll from New Hampshire that completely omitted Sanders from the graphic.

Appearing on-screen: South Bend, Ind., Mayor Pete Buttigieg leading with 18 percent, Biden with 17 percent and Warren with 12 percent. Sanders, though, had 15 percent of support in that same poll.

Sanders' 2020 rival Andrew Yang has had a long history of news outlets snubbing him from polling and fundraising graphics, so much so that Yang had vowed to boycott MSNBC, a repeat offender, until the liberal network issued an on-air apology.

Back in November,  the Yang campaign slammed MSNBC for its Twitter apology over another instance in which the tech businessman was omitted from a graphic.

"Thank you @MSNBC, for making this apology for the 15th time. The #YangGang is very excited for #16," Yang campaign manager Zach Graumann reacted."