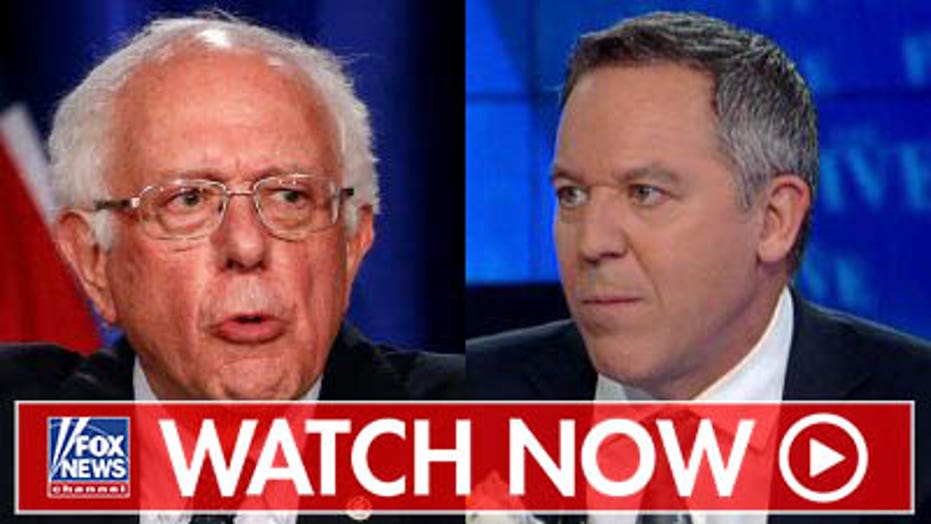 Democratic presidential candidate Sen. Bernie Sanders, I-Vt., routinely slams corporate executives and makes calls for wage hikes, a stance that comes across as hypocritical thanks to a new report, according to Greg Gutfeld.

The self-described democratic socialist is reportedly taking heat from campaign staffers upset they are being paid "poverty wages" and not the $15 per hour that is a hallmark of the Sanders campaign, Gutfeld claimed Friday on "The Five."

"He is, just by existing, a hypocrite," he said.

"He's a socialist millionaire with three homes. Wealth is good for him but not for others." 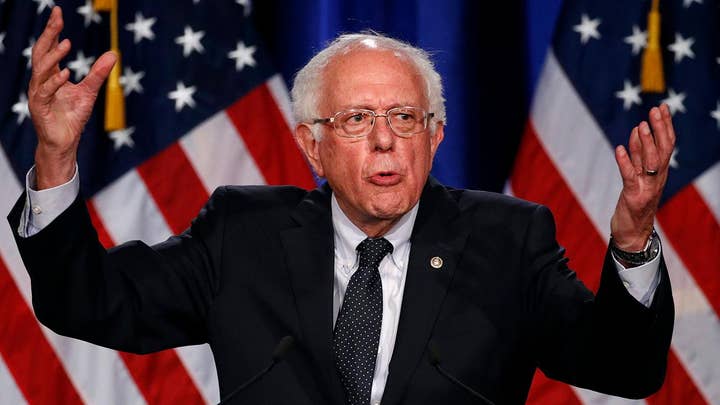 Sanders reportedly has a net worth of about $700,000, but has made more than $1 million annually in recent years.

He and his wife Jane own a house in Burlington, Vt., he purchased a $575,000 lakefront property in the Green Mountain State in 2016, and the couple owns a 19th-century townhouse in the District of Columbia.

On "The Five," Gutfeld said it is important that Sanders, "appl[y] the damaging policies that he wants to do to Americans onto his staff."

"But why won't he?" he asked. "Because he knows when you raise wages... you have to reduce the number of jobs because 'the pie' doesn't grow.

"The purpose of the minimum wage is it's the first rung on the employment ladder. The problem with the left is... they see the first rung as the last rung because they're not economically competent."

In recent weeks, Sanders has called for a $15 per hour minimum wage on NBC's "Meet the Press," and at campaign rallies in Rock Hill, S.C. and in Augusta, Ga.

Adding to Gutfeld's remarks, host Juan Williams claimed the wages Sanders staffers are making average out to $13 per hour. The staff is also unionized, Williams said.