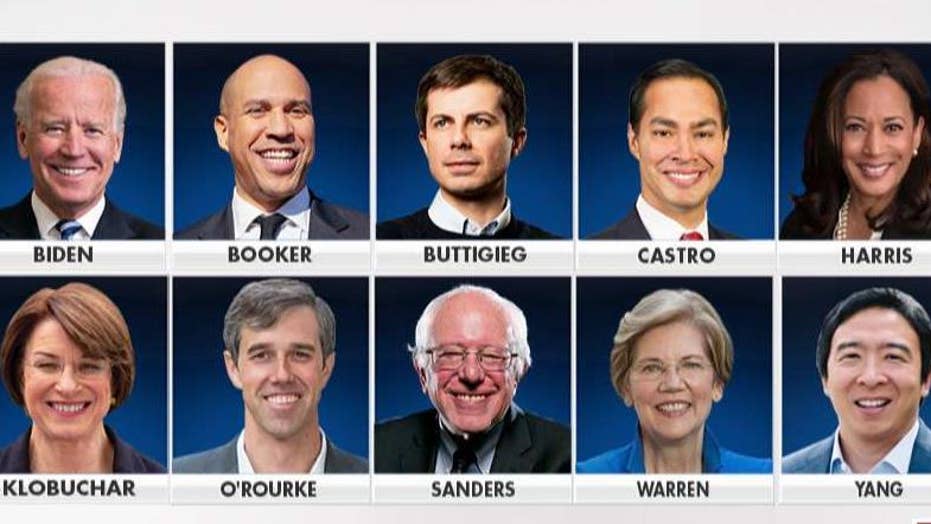 Sen. Bernie Sanders, I-Vt., had a tense exchange with a journalist Wednesday after he was pressed to distinguish himself from his presidential opponent Sen. Elizabeth Warren, D-Mass.

"You and Senator Elizabeth Warren have a lot of similar positions on issues," Vice DC correspondent Elizabeth Landers began. "Why should someone vote for you over her?"

"Well, that's a decision that someone's going to have to make," Sanders responded. "I stand with the working class throughout my life. I've taken on Wall Street, the insurance companies, the drug companies, the fossil fuel industry."

"She's done a lot of that too," Landers said.

"Well, that's fine," Sanders continued. "Elizabeth happens to be a friend of mine. I've known Elizabeth for over 20 years."

WATCH: BERNIE SANDERS HAS SOME TROUBLE WITH HIS LATEST SPARRING PARTNER DURING CAMPAIGN STOP

Landers then press Sanders on when he was going to have to "stand up" and say his plans were "better" than Warren's, which he refrained to answer.

"So you won't directly criticize her policies?" Landers asked.

"Elizabeth, that's not what I do," the Vermont senator replied. "There will be a time and a place obviously that will-"

"That's a media question," Sanders said. "What people want to know is what I stand for and people can make that decision."

Sanders and Warrens have been vying for the progressive vote in the Democratic primary. The latest Fox News poll earlier this month had Warren ten points ahead of Sanders among likely voters. However, Real Clear Politics shows both senators are neck and neck.