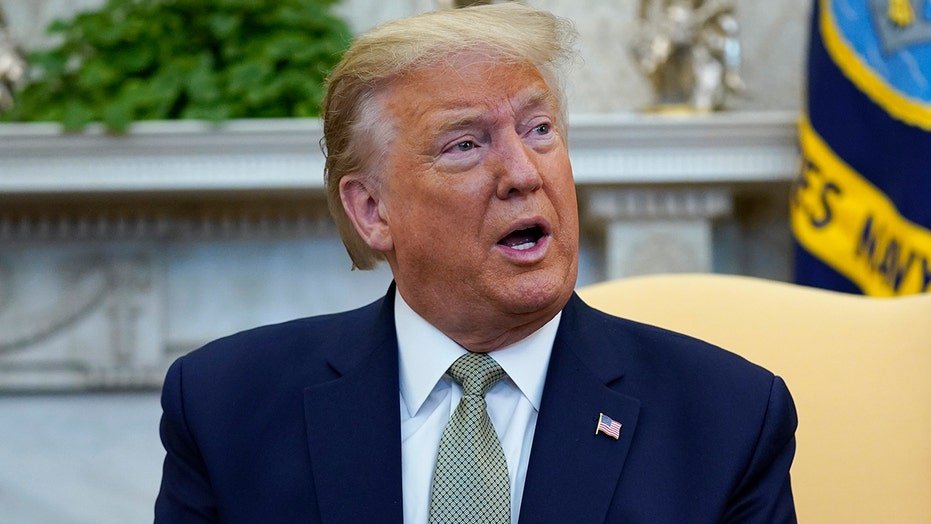 President Trump is preparing to declare a national emergency in a press conference on COVID-19; reaction and analysis on 'Outnumbered.'

Sen. Bernie Sanders, I-Vt., warned on Thursday that the potential deaths and economic impacts of the coronavirus were "on a scale of a major war."

"Nobody knows what the number of fatalities may end up being or the number of people who may get ill, and we all hope that that number will be as low as possible," Sanders, a 2020 presidential candidate, said during a speech from Vermont.

"But we also have to face the truth and that is that the number of casualties may actually be even higher than what the armed forces experienced in World War II. In other words, we have a major, major crisis and we must act accordingly."

Sanders' prediction seemed to align with worst-case projections released by the Centers for Disease Control. The agency reportedly offered percentage estimates that into a death count range from 200,000 to 1.7 million. The U.S. military saw more than 400,000 deaths and nearly 700,000 wounded as a result of World War II.

WAYS THE CORONAVIRUS COULD END, ACCORDING TO EXPERTS

According to The New York Times, the CDC's figures translated into a potential range of 160 million to 214 million people getting infected with the virus.

The CDC's website reports that the U.S. has seen at least 41 deaths and 1,629 cases of the coronavirus. China has seen the overwhelming majority of cases. On Thursday, the World Health Organization (WHO) reported that China had 80,981 of the confirmed cases out of the 125,048 across the globe.

But according to Dr. Anthony Fauci, who's helping lead the government's response to the virus, people should be cautious about buying into large-scale estimates.

“I think we really need to be careful with those kinds of predictions because that's based on a model," Fauci told Rep. Rashida Tlaib, D-Mich. during a congressional hearing. Tlaib had asked about a congressional physician's estimate that between 70 million and 150 million people could contract the virus in the U.S.

"So, all models are as good as the assumptions that you put into the model ... it's unpredictable. So, testing now is not going to tell me how many cases you are going to have. What will tell you what you’re going to have will be how you respond to it with containment and mitigation,” said Fauci, who serves as director of the National Institute of Allergy and Infectious Diseases.

After the WHO declared the virus a global pandemic, President Trump announced the U.S. was imposing a ban on travel from Europe to prevent further infection.

Trump is preparing to invoke emergency powers over the coronavirus outbreak, an emerging development Friday as an aid package teetered in Congress without his full public support.

The president’s decision to move ahead was confirmed by two people familiar with the planning who spoke on condition of anonymity. It was still unclear, however, what mechanism Trump would use to free up additional federal resources for testing and treatment as well as for helping those struggling with the economic fallout.

The Assoicated Press contributed to this report.