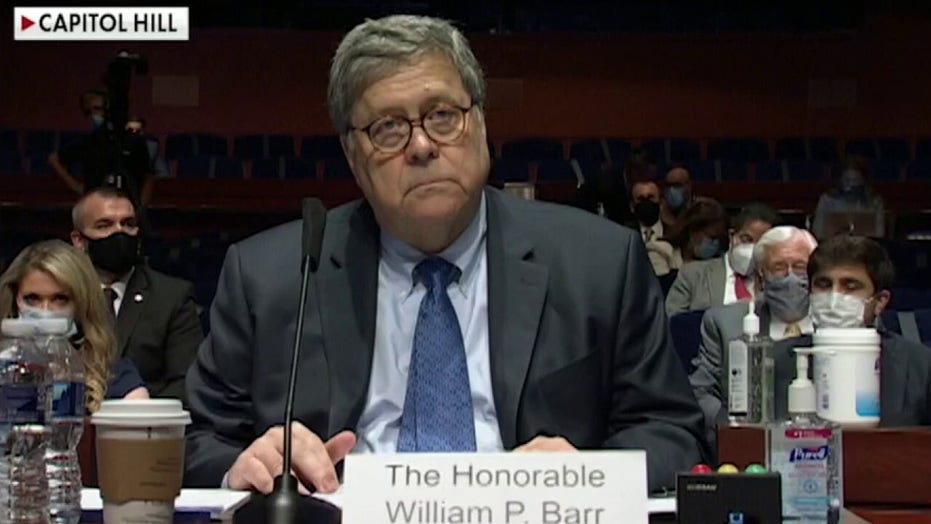 Conservative commentator Ben Shapiro slammed House Democrats Tuesday for their treatment of Attorney General William Barr during his appearance before the House Judiciary Committee, calling the hearing a "moral absurdity."

"It was just ridiculous from beginning to end," Shapiro said on "The Ingraham Angle."

Barr clashed with House Judiciary Committee chairman Jerrold Nadler, D-N.Y., who accused the Attorney General of covering for President Trump and at one point denied Barr a five-minute break.

"The Ben Shapiro Show" host added that "the fact that Barr -- who is a public servant who's been around since the Reagan administration -- was treated this way, is a good reminder that when President Trump says, 'They're not coming after me, they're coming after you' to his supporters he's right about that.

"Because Barr is generic 'R.' He's not Donald Trump. He's just a normal run of the mill, very intelligent Republican, conservative. And they went after him as though he were Donald Trump, which means they'll come after virtually anybody so long as that person opposes the radical left agenda."

The Federalist senior editor Mollie Hemingway predicted that American voters who saw the hearing were given every reason not to support Democrats in November.

"There is a group of Democrats, a large group of Democrats who are unwilling to condemn violence against federal buildings and federal law enforcement officers, destruction of city centers, arson, looting, assaults," Hemingway said. "They're unable to condemn those things. In fact, they defend those things and they instead attack the people who are attempting to restore law and order to these places.

"That is a very visceral choice facing American voters and it was on full display today."