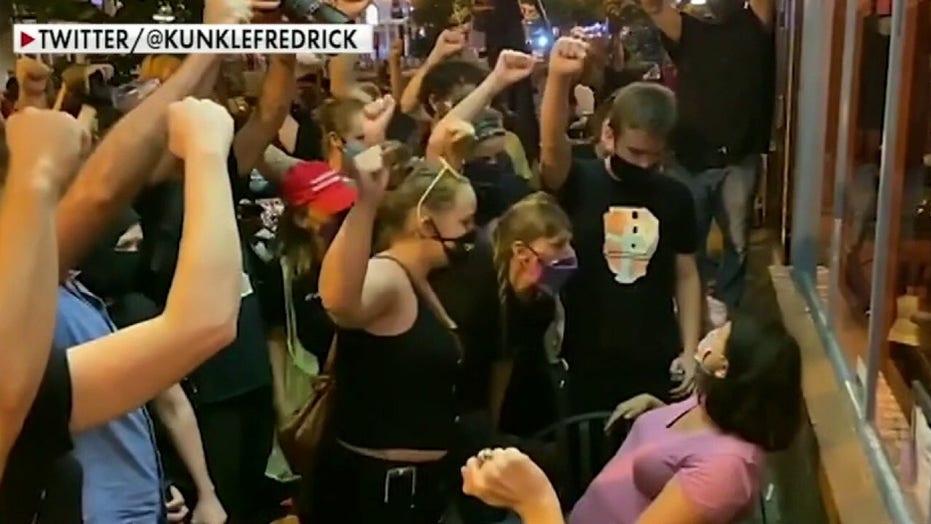 How did protests for racial injustice turn into customers getting harassed in restaurants?

Conservative commentator Ben Shapiro joined the chorus of outrage Tuesday over the "hypocrisy" of an 20-year-old Upper East Side resident who was arrested over the weekend for causing $100,000 worth of damage at a Black Lives Matter protest.

"She's rebelling against the exact systems that made her family wealthy," the "Ben Shapiro Show" host told listeners.

Clara Kraebber, 20, is facing felony rioting and misdemeanor graffiti charges along with seven other Black Lives Matter protesters after a window-smashing rampage in Manhattan on Friday. Kraerbber, whose mother is an architect and whose father is a child psychiatrist, was arrested at the family's second home, Shapiro observed.

The protest was organized by groups calling themselves the “New Afrikan Black Panther Party” and the “Revolutionary Abolitionist Movement," according to the New York Post.

Shapiro mocked Kraebber's attempt to do "something virtuous" to combat her privileged upbringing.

"The way that change is created is by overwhelming all systems, so of course she's rebelling against the exact systems that made her family wealthy because those systems are racist," he mocked.

Kraebber, an undergraduate student at Rice University in Houston, is now facing a maximum of four years prison on her top charge of first-degree riot.