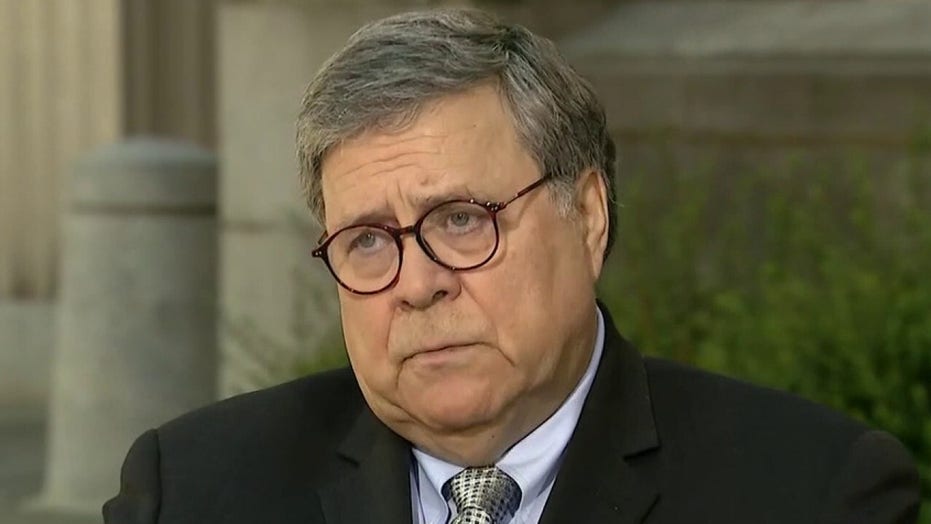 Attorney General William Barr told "Special Report" in the second part of an exclusive interview that aired Tuesday that he believes social media platforms are "engaged in censorship" and are acting more like "publishers".

"So you think these [social media] firms are somehow censoring the president and his supporters?" host Bret Baier asked Barr.

"I think there are -- clearly these, these entities are now engaged in censorship," Barr responded. "And they originally held themselves out as open forums where people, where the third parties could come and express their views and they built up a tremendous network of eyeballs.

"They had a lot of market power based on that presentation," the attorney general added. "And now they are acting much more like publishers because they're censoring particular viewpoints and putting their own content in there to to diminish the impact of various people's views."

Late last month, Twitter slapped a warning label on one of President Trump's tweets for the first time, cautioning readers that despite the president's claims, "fact checkers" say there is "no evidence" that expanded, nationwide mail-in voting would increase fraud risks -- and that "experts say mail-in ballots are very rarely linked to voter fraud."

Within minutes, Trump accused Twitter of "interfering in the 2020 Presidential Election," that the platform "is completely stifling FREE SPEECH" and vowing: "I, as President, will not allow it to happen!"

Two days later, the president signed an executive order that interprets Section 230 of the Communications Decency Act of 1996 as not providing statutory liability protections for tech companies that engage in censorship and political conduct. It also cuts federal funding for social media platforms that censor users' political views.

Baier asked Barr if he was taking "some action" on the issue.

"We are looking, as many others are, at changing Section 230, which is a rule that provides some protection for these companies..." Barr said.