"Comedy is a comfort, and comedy is a way for people to cope with dark times," editor-in-chief Kyle Mann told Fox News Digital at FreedomFest July 15 in Las Vegas. "And you've seen that through all of human history. There's a lot of people that have found light and laughter in the midst of dark times, and we need that."

Despite heavy headlines coming from recent mass shootings and the war in Ukraine, the frontman of The Babylon Bee says the power behind satire is its ability to make you think, and sometimes go, "ouch."

JOHN CLEESE SAYS WOKENESS HAS A ‘DISASTROUS’ IMPACT ON COMEDY

The Babylon Bee, with the slogan "fake news you can trust," has received widespread criticism from politicians and legacy media, and was recently banned from TikTok just three months after having its Twitter account suspended.

"We're just so hilarious that they can't handle it," Mann said about the backlash. "There's obviously something going on where the corporate press just can't understand comedy that's targeted toward the Left… When all of a sudden there's a new comedy outlet that is making fun of the Left, and we make fun of everybody, but we're also not willing to pull our punches on the Left like a lot of the other groups do, and when that happens, they just don't know what to do with it. They literally don't understand comedy that's targeted toward them."

Getting suspended on major social media sites, however, presents a "double-edged sword" for the satire powerhouse, according to its editor-in-chief.

"On the one hand, you get an outpouring of support. On the other hand, very gradually you start to disappear from the conversation in places like Twitter and wherever else we get banned," Mann explained. "We were more recently banned from TikTok in the last few weeks. That's a place that there's a ton of Gen-Z kids out there, and we all of a sudden can't reach them at all with our content, and we're not given any reason why... So we're taking that stand, but it's a costly stand for us."

Alluding to humor serving as a "kind of thermometer" that shows the health of society, Mann signaled that thermometer as being "threatened."

"When you come after comics, whether they're liberal or conservative, for pointing out things you're not supposed to point out, then the health of your society is not in a good place," Mann said.

Kyle Mann says despite the "threatened" state of comedy, he's "constantly laughing," and noted his admiration for Christopher Guest "mockumentaries" from FreedomFest 2022.

The editor-in-chief nodded to comedy icons like Dave Chappelle and Ricky Gervais, who recently faced cancel culture for "jokes that are just pointing out things that you're not supposed to talk about in our culture."

"Now you know that they're sacred cows for the people who control our cultural institutions that can't abide by the court jesters who are making fun of them and making them look ridiculous," he added.

Mann revealed the first step for conservatives to change the liberal comedy landscape.

"How can conservatives be better at comedy? By being funnier," the editor-in-chief said. "I think there's definitely a sense in which conservatives tend to put message first. We tend to want to just make a point. We want our comedy and our art to be didactic… And I think that's a noble goal. But ultimately, if your art isn't good art, if your comedy isn't funny comedy, then you're not going to reach anybody with your message."

GET THE FOX NEWS APP BY CLICKING HERE 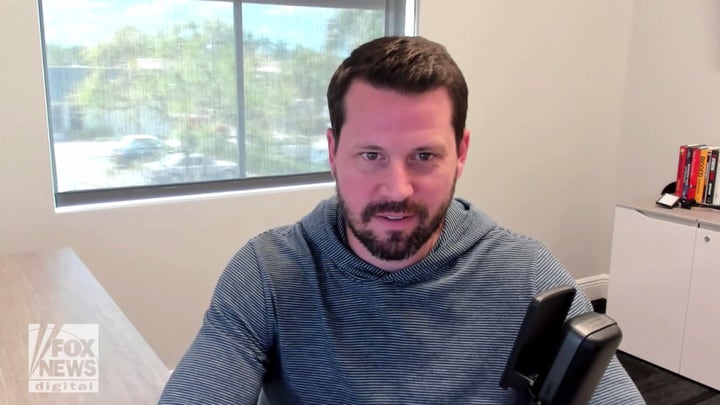 Even in the current state of comedy, The Babylon Bee’s editor-in-chief still finds content that keeps him "constantly laughing," from indie satire documentaries to "traditional gatekeepers of media."

"My classic sources of comedy have always been Christopher Guest documentaries, mockumentaries, they're not real, like ‘This is Spinal Tap’ and ‘A Mighty Wind’ and all of that," Mann said. "I still think The Onion puts out some great stuff sometimes. ‘Saturday Night Live,’ despite being political, obviously a lot of it turns into a leftist lecture show, there's still occasionally just a great sketch that makes you go, ‘Man, I wish I had thought of that.’"

Kristen Altus is a production assistant with Fox News.