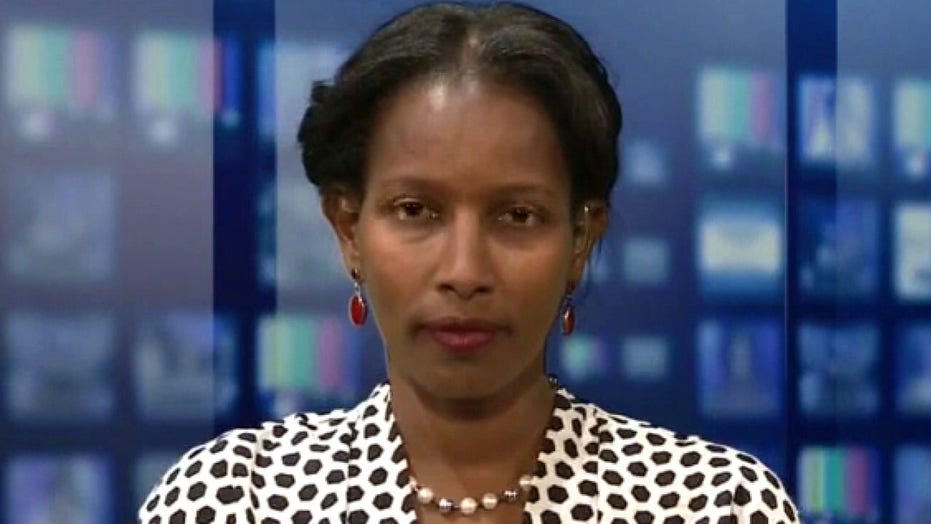 Ayaan Hirsi Ali: America does not need a new revolution

Somalia-born human rights activist Ayaan Hirsi Ali criticized Rep. Ilhan Omar, D-Minn., Friday over recent comments in which the lawmaker called for "dismantling the whole system of oppression wherever we find it."

In remarks this week, Omar -- who was also born in Somalia -- specifically called out America's political and economic systems, which she said "prioritize profit without considering who is profiting [and] who is being shut out".

"She's in Congress -- the United States Congress," Ali told "The Daily Briefing" host Dana Perino, "and she is saying 'Why don't we dismantle the whole thing?' ... It makes you wonder." 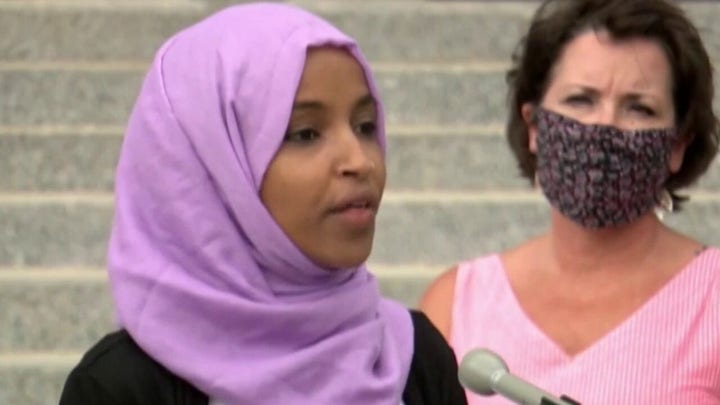 "Why flee from Mogadishu, why flee from anarchy, why flee from oppression -- and then come to the United States and do all your best to turn Minnesota and the U.S. into Mogadishu?" Ali continued. "It's one of the things I’d like to ask her."

Ali, who fled to The Netherlands from Somalia in the early 1990s and became an American citizen in 2013, told Perino that Omar should recognize that no nation is more free and less systemically discriminatory than the United States.

"I don’t think we need a revolution, I think what we have -- the American Declaration [of Independence], the American Constitution, American values -- our system gives us the tools to address social injustice, to address inequality, to address all the issues we face," she said. "And I think these movements -- and Ilhan is just one of these people symbolizing that -- I think we need to resist and to say, 'Look, you've come to America in search of freedom, you've come to America in search of equality, we find it here. Our system is not perfect, we can fix it and we do it through conversations.'

"What we are seeing," Ali added, "is a very loud minority who is saying 'Let us not seek solutions to the system we have, but let’s dismantle it' and I am passionately against it."