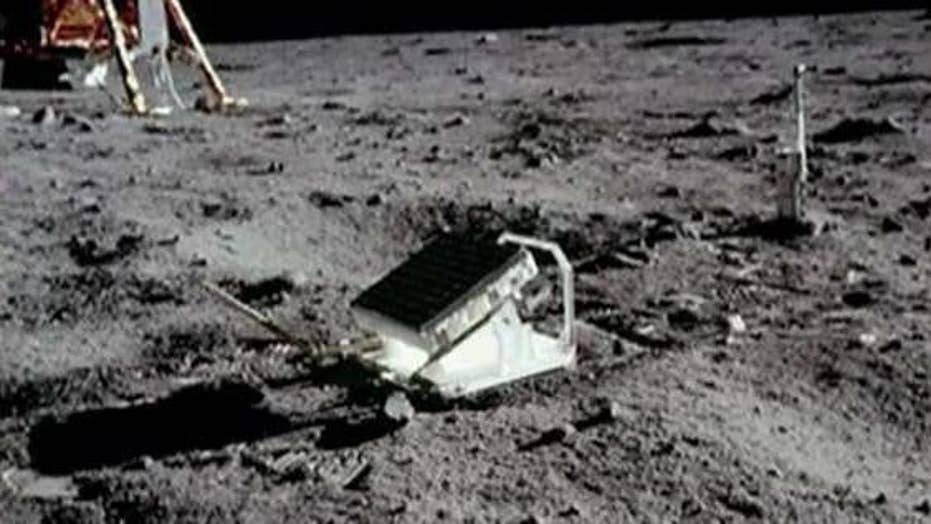 A lunar reflector planted on the moon has led to additional breakthroughs including GPS navigation; Jonathan Serrie has the details.

Former NASA astronaut Mike Massimino reflected on his perspective-changing experience in space, telling Fox News host Bill Hemmer that space travel made him appreciate the Earth as an "absolute paradise."

"I really think that the true beauty of our planet is seen from space and it gives you a different perspective of who we are," he said during Thursday's "Hemmer Time" podcast.

"When I viewed the planet from space, it changed my vision of the planet -- I think we are living in an absolute paradise. I think we are very very lucky to be here.  I can't imagine any place more beautiful than our planet," he added.

Massimino indicated that while he believed life existed outside of Earth, he didn't think any other planet could be as beautiful. Instead of merely seeing himself as a New Yorker, Massimino said he thinks of himself more as a "citizen of our planet" after space travel.

He added that religious and non-religious astronauts react differently to space travel. "If you are a believer, seeing our planet from space would make you think that whoever created this for us really loves us because they gave us a very nice home to live in."

Believers, Massamino said, could "rest assured that we were given the nicest house on the block."

His "Hemmer Time" interview came as the nation celebrated the 50th anniversary of the first man walking on the moon -- a historic event that influenced Massimino deeply as a child.

Massimino said that amid the Apollo 11 mission, he formed a "dream" and space travel became his "passion." Astronauts like Neil Armstrong, the first man to walk on the moon, represented the "ultimate American hero" for him.

For Massimino, that event was the most important to happen in the preceding 500 years. The world would never be able to "top" that mission, Massimino predicted. He clarified that he thought the world would enter a "golden age" of space travel in which private entities, rather than just governments, sent people into space -- creating a thriving business.

The Trump administration, on Saturday, announced that it completed construction on the Orion capsule that would take astronauts to the moon again in 2024. That mission, dubbed "Artemis," was intended to send people to the moon and use earth's natural satellite as a launching off point for travel to Mars.

Massimino saw moon travel as the best segue into a mission to Mars but said we should "stop kidding ourselves" with the idea we could reach the red planet in 10 or 15 years. He indicated that settling on the moon was necessary for understanding how humans could live on another celestial body for a long period of time.