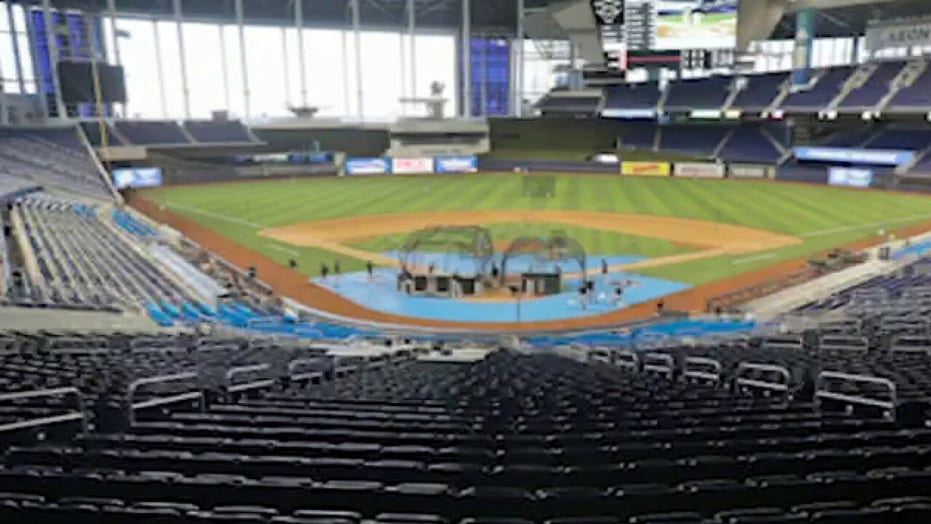 If baseball is any indication, our country is striking out against the coronavirus.

Everyone was thrilled to see the shortened season finally get under way, and within days it’s in jeopardy.

Is that an unfortunate metaphor for America’s effort to reopen the economy while keeping people safe? Given the summertime surge in the virus, was the notion that professional athletes could safely compete on the diamond, even without fans in the stands, just an illusion?

What’s chilling is that the nation’s schools are grappling with momentous decisions on whether to reopen their doors or stick with virtual learning. This is hardly an exact analogy: Very young children are less susceptible to the disease, but the magnitude of dealing with thousands of schools across 50 states dwarfs that of one professional sport.

CAN TRUMP STILL WIN? WHY IT’S FOOLISH TO COUNT THE PRESIDENT OUT

And if one or two students, teachers or staff members gets Covid-19, that school would face the prospect of fully or partially shutting down--precisely the dilemma facing Major League Baseball today. Governors who are now mandating masks, reimposing restrictions on bars and requiring out-of-state travelers to quarantine are struggling with the same thorny questions.

With half the Miami Marlins testing positive for the virus--at least 14 players and staffers, according to ESPN--that team has had to cancel its home opener in a state hard hit by the pandemic. The team has been stranded in Philadelphia. And since the Marlins were playing the Phillies, which had seven players test positive a month ago, the Pennsylvania team had to cancel its Monday game against the Yankees. Both teams have had their seasons suspended through Thursday.

This is the virulence of the virus. One player might have gotten it from a family member, or another player, and the infection quickly spreads.

Washington Nationals Manager Dave Martinez, who has had one player, Juan Soto, sidelined by the virus, told the Washington Post: “My level of concern went from about an eight to a 12. I mean, this thing really hits home now. You see half a team get infected and go from one city to another. I got friends on that Miami team, and it really stinks.” The Nats are scheduled for a three-game series in Miami this weekend.

L.A. Dodgers pitcher David Price, who is sitting out the season because of health concerns, is wondering whether Baseball Commissioner Rob Manfred will have to pull the plug.

It’s a bummer to have to write these words. With so many entertainment venues locked down, from movie theaters to concert halls to Broadway, baseball’s return has provided a much-needed diversion (and soaring ratings) for a frustrated population. The NBA, which has 22 of its 30 teams ensconced in Orlando, is paying close attention, as is the NFL.

But sports, as we’ve all learned through the anthem protests, cannot be walled off from the rest of society. And while the baseball owners want their profits and the players want their salaries, the season seems rather precarious at the moment.

Another virus angle emerged yesterday as we learned more about President Trump announcing he’s too busy with the pandemic to throw out the first pitch for the Yankees.

It turns out that when Trump said he’d make the ceremonial throw at Yankee Stadium, it was an hour before Anthony Fauci did so for the Washington Nationals--and Trump was not scheduled to make the first pitch. The New York Times says he told his staff to contact his pal Randy Levine, the club president, and accept a longstanding invitation, but no date had been confirmed.

The Times says Trump was “annoyed by Dr. Fauci’s turn in the limelight.” Doesn’t the president of the United States have more important things to worry about during a pandemic?

The kicker is that Fauci went to a local school to practice for his big moment, underestimated the 60 feet between the mound and home plate, and wound up throwing a weak pitch that bounced away. Hopefully he’s better at virus calculations.

Baseball is a tough game. And given the threat of COVID-19, it has to be if the season is to survive.