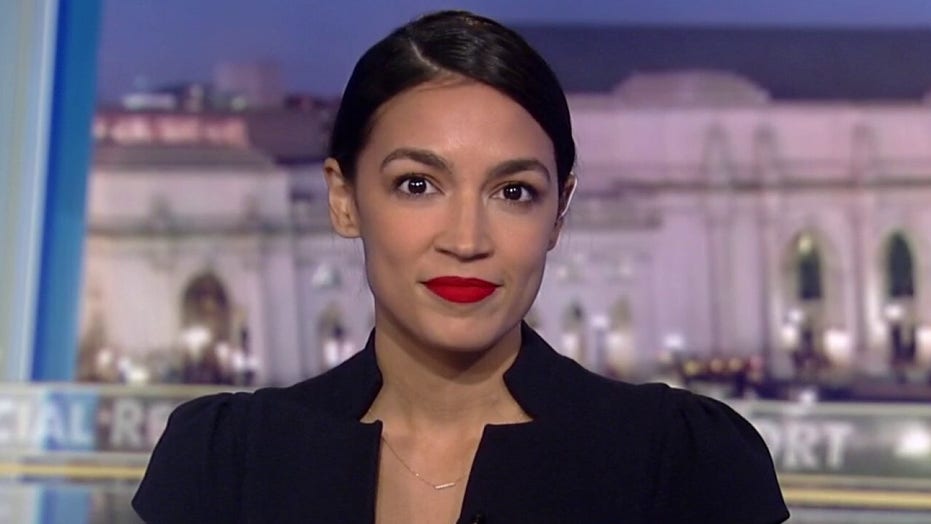 "Special Report" host Bret Baier broached the topic by mentioning an appearance by Sanders at the University of Michigan that drew around 10,000 people before asking Ocasio-Cortez, a Sanders surrogate, "How can you say the progressive position is still prevailing nationwide when Joe Biden is winning so much?"

"Well, I think one thing that isn't being talked about is the rampant voter suppression in this country," Ocasio-Cortez said. "Right there in Ann Arbor, where we had that rally, those kids were waiting three hours in line to vote in Michigan. And so when we talk about who's turning out and who's not turning out, we absolutely need to be clear."

According to the Fox News Voter Analysis, Democratic primary voters under age 30 were still a source of strength for the Vermont senator in Michigan, but he won just 13 percent of seniors – and more than twice as many seniors turned out as young voters.

"You're saying that you think voters didn't get to vote that wanted to vote in Michigan?" Baier asked.

"Absolutely. You know, obviously, there's also more that we need to do in terms of turning out youth voters," Ocasio-Cortez said. "We need to make sure that we're inspiring young people to turn out. But when you do turn out, you should not be waiting three, four, seven hours in order to vote."

Earlier in the interview Ocasio-Cortez told Baier she agreed with President Trump about putting "politics aside" to fight the coronavirus pandemic.

The New York congresswoman argued the notion that America had the best health care system in the world was "debatable," saying the "wealthy and powerful" are better able to get a coronavirus test.

"South Korea has up to 10000 tests per day," Ocasio-Cortez said. "They've been able to provide tests to any single person that wants it. And here, people are scrambling, and it almost seems like the more wealthy and powerful you are, the more able you are to access a test."

Ocasio-Cortez also stood by her criticism of Vice President Mike Pence's appointment to head the president's coronavirus task force, but said the focus should be on the "public health crisis" and "economic crisis the coronavirus brings."