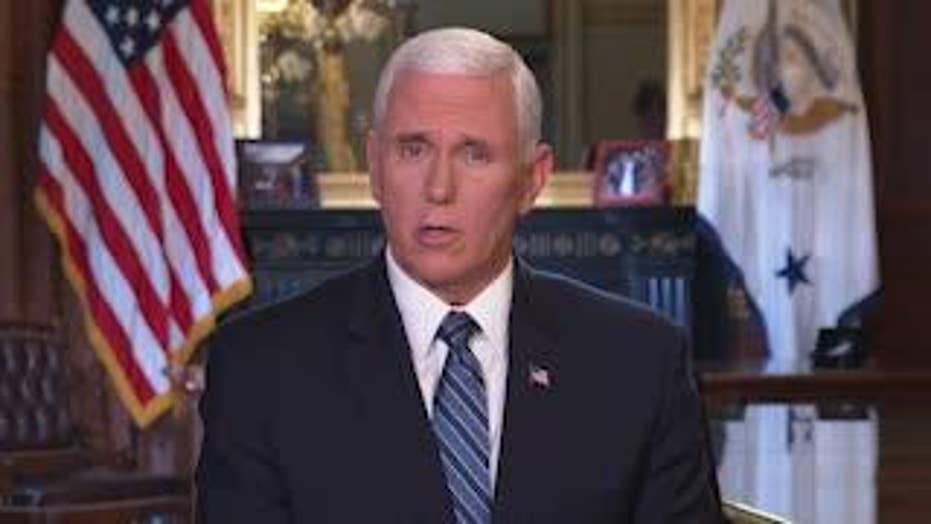 The anonymous author of an upcoming anti-Trump book reportedly cites anonymous sources to declare that Vice President Mike Pence would support the 25th Amendment to have President Trump removed from office – but Pence’s office quickly shot down the thinly sourced claim.

HuffPost reporter Yashar Ali obtained an excerpt of "A Warning,” which is written by the unnamed senior Trump administration official who penned a scathing attack on the president in an anonymous New York Times op-ed last year.

JUSTICE DEPARTMENT DEMANDS INFORMATION ON ANONYMOUS AUTHOR OF 'A WARNING'

Ali reported that the anonymous author “did a back-of-the-envelope tally of which Cabinet members would be prepared to sign a letter invoking Section 4 of the 25th Amendment to the Constitution” and “there was no doubt in the minds of these senior officials” that Pence would be on board.

Longtime media executive Steve Krakauer, who has worked at CNN and currently writes opinion pieces for a variety of outlets including NBC News, took to Twitter to mock the report.

“So an anonymous person is claiming other anonymous people believed (but didn’t know for sure) that another person would support some hypothetical thing."

“So an anonymous person is claiming other anonymous people believed (but didn’t know for sure) that another person would support some hypothetical thing,” Krakauer wrote. “This is the big revelation from the new book.”

The HuffPost reported that it obtained passages of the top-secret book from “a source who did so only on the condition that their anonymity be protected and that the passages from the book would not be quoted from directly.”

The liberal news outlet added that it published details on “A Warning” because the book is newsworthy, citing a recent Justice Department request for the publisher, Hachette Book Group, to provide details on the author.

“The Department of Justice has gone so far as to warn the author that he or she may be subject to nondisclosure agreements as part of their work as an employee of the executive branch,” Ali wrote to help prove the book's newsworthiness.

The publisher denied the Justice Department’s request. According to the publisher, “A Warning” will be released on Nov. 19 and pick up where the controversial Times op-ed left off.

Former White House press secretary Sarah Sanders has blasted the mysterious author's cowardice and called on the person to resign. It's unclear whether the official is still in the administration.

Others rushed to Twitter to blast the details of the book reported by HuffPost: