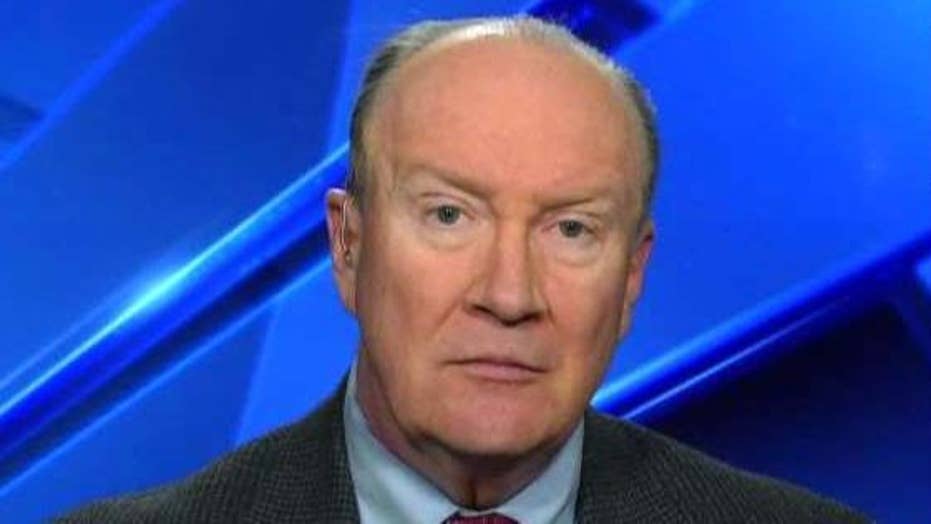 “Once in the laws of war, imminence is not a factor because if someone is prosecuting a war against the United States, which the Iranians have been -- not only for 40 years -- but they've stepped up their activities in the last several weeks,” McCarthy told “Outnumbered.”

REP. MCCAUL SAYS THERE WAS 'CLEAR' INTELLIGENCE SOLEIMANI WAS PLANNING ATTACK ON AMERICANS

“We’re talking about a combatant commander of the enemy forces that were attacking the United States," McCarthy continued. "You don’t need to show that there was an imminent attack -- he’s a legitimate target.”

House Speaker Nancy Pelosi, D-Calif., and other Democrats have been critical of Trump’s decision to order the strike that killed Soleimani, claiming he did not properly notify Congress in advance and warning about the heightened risk of violence in the region.

"This week, the House will introduce and vote on a War Powers Resolution to limit the President’s military actions regarding Iran,” Pelosi wrote in a letter to fellow Democrats. A similar resolution has been introduced in the Senate by Tim Kaine, D-Va.

Rep. Michael McCaul, R-Texas, told “Outnumbered Overtime” on Monday that the intelligence prompting the airstrike that killed Soleimani was “clear," and cited conversations with National Security Adviser Robert O'Brien and Gen. Mark Milley, chairman of the Joint Chiefs of Staff.