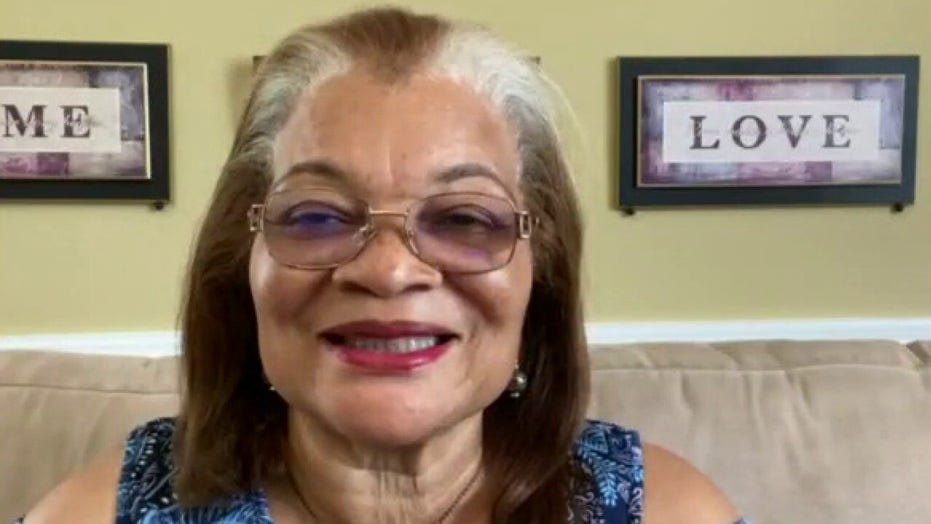 Fox News contributor Alveda King, a niece of Dr. Martin Luther King Jr., told "Your World" Monday that statues of historic figures can be problematic because of the potential for them to be seen as "idols."

King told host Neil Cavuto that she agreed with attorney Benjamin Crump, who told Cavuto Saturday that violently tearing down statues is not the most advisable way to effect change.

"The gentleman (Crump) that you just had on, [saying] that, 'Why don't we leave them up and find out why they were there, what we have learned from that?'" she said. "Perhaps you can even place a plaque."

King added that statues of Confederate military leaders and others that have been vandalized, torn down or are being taken down, came from a time when Americans "did not understand that we are one human race."

She recalled that Dr. Martin Luther King Jr., and his brother Alfred Daniel Williams King (Alveda's father) paid little mind to the Confederate statuary that dotted Atlanta in her youth.

"They actually preached the Bible along with their dad. They learned to live together as brothers and sisters and not perish together as fools," she said."The more we communicated and began to see each other as human beings, my granddaddy [Martin Luther King Sr.] coined the phrase 'Atlanta is a city too busy to hate.' We decided not to hate and not to fight."

She pointed to the statue of former President Theodore Roosevelt in front of the American Museum of Natural History in New York -- which, after receiving the green light from the city, will be torn down.

"I believe it is very important even with the Teddy Roosevelt statue ... [to be] saying, we need to see this whole issue. These are all Americans. So that is really what they would encourage us to do and encourage us to pray, communicate, love each other," she said. "If you find yourself going into a rage over a statue, step back and reexamine the human heart and what we can do together to discuss and resolve this without destruction and with violence."

The statue of Roosevelt, who also served as governor of New York, has been considered insensitive because it also depicts a Native American and a black man standing beside the famously stoic Republican's horse.

Actor Ben Stiller, who starred in the famed "Night at The Museum" film series, suggested on Twitter that a statue of Robin Williams -- who played a horse-riding Roosevelt in the series -- replace the real thing.