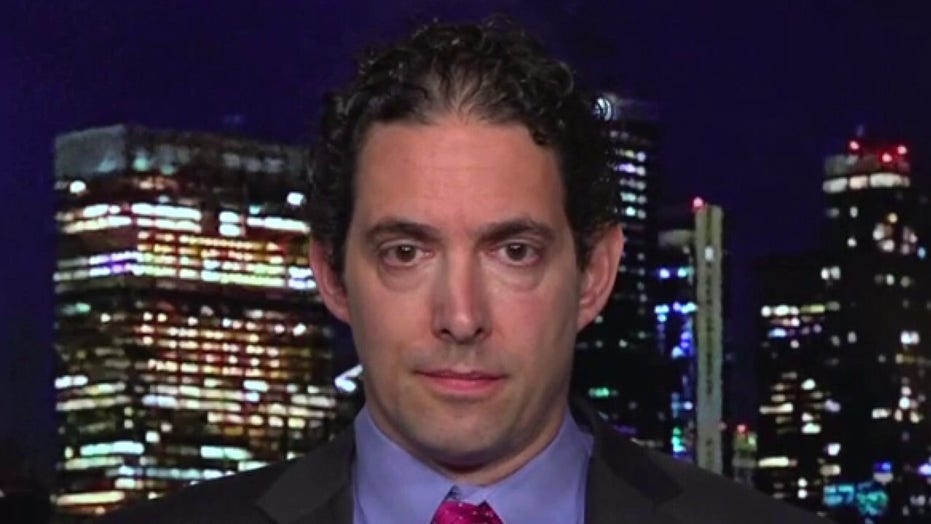 "Unreported Truths" author Alex Berenson praised President Trump for urging the American people not to be "afraid" of the coronavirus.

President Trump took to Twitter on Monday afternoon and revealed that he was returning to the White House after spending three nights at the Walter Reed Medical Center.

"I will be leaving the great Walter Reed Medical Center today at 6:30 P.M. Feeling really good!" Trump exclaimed. "Don’t be afraid of Covid. Don’t let it dominate your life. We have developed, under the Trump Administration, some really great drugs & knowledge. I feel better than I did 20 years ago!"

CNN BLASTS TRUMP'S DEPARTURE FROM WALTER REED: 'THIS IS THE VIRUS COMING BACK TO THE WHITE HOUSE'

"For too long we have let this virus - and the media’s hysteria around it - dominate us," Berenson wrote. "We need to take back our lives, our schools, and our whole world."

During his appearance on "Tucker Carlson Tonight," Berenson elaborated on the importance of Trump's tweet.

"That might be the most presidential thing this president has ever said," Berenson began. "He's not actually saying 'Don't be afraid of Covid.' He's saying don't be afraid of one another. Because this is a respiratory virus. It spreads between people. And the only way to make it go away permanently is to lock us all away permanently. And that can't happen. That is not compatible with life."

The former New York Times reporter recalled walking around "deserted" Times Square and New York City six months ago, comparing it to "as if a neutron bomb went off."

"Six months ago, even then, that response really didn't make sense but there were reasons for it," Berenson explained. "But we are six months on and we know that if you believe the [World Health Organization] and 750 million people have been infected with this, that the death rate is about 1 in 1000... if you believe in the CDC numbers, it might be 997... it is a tiny death rate. And we have gone crazy and we have sacrificed our kids and we have sacrificed society and Donald Trump walked out of that hospital today and said what needed to be said. We have to stop being so afraid of this."

He continued, "This country- we put people on the moon! We're the first manned flight in 1903. What has happened to us that this rather dismal virus has scared everyone to death? I do not understand it and we have to get out of this."