Alex Berenson: Quite clear lockdowns were driven by panic

The mainstream media continues to focus on total coronavirus deaths, where the United States leads the way, instead of data like per capita and per reported cases, and author and former New York Times reporter Alex Berenson feels it's simply the latest way to stoke fear.

“For six months, many big media outlets have done everything possible to attempt to spread panic about the coronavirus,” Berenson, who has been an outspoken critic of the way coronavirus is covered, told Fox News.

"In March, the crisis was ventilator shortages, which proved to be nonexistent. In May, they hyped the almost nonexistent risk Covid presents to children. Over the summer, they pretended that hospitals in the Sunbelt were near collapse,” Berenson said. “Now they focus relentlessly on a single figure, the death count.”

A recent study by Johns Hopkins University examined 20 countries currently most affected by COVID-19 worldwide per 100 confirmed cases, which it called the observed case-fatality ratio. Mexico had an overwhelming 10.5% mortality rate to top the chart, while France, Bolivia, Iran, Spain, Peru, Romania, Indonesia, Colombia and Brazil all had a higher mortality rate than the United States when using this criteria.

The U.S. mortality rate of the observed case-fatality ratio was 2.9%, significantly lower than many countries that don’t receive the headlines that American’s death toll generates.

Johns Hopkins University also examined the number of deaths by per 100,000 population, which represents a country’s general population, with both confirmed cases and healthy people.

“Countries at the top of this figure have the most deaths proportionally to their COVID-19 cases or population, not necessarily the most deaths overall,” Johns Hopkins analysts wrote. 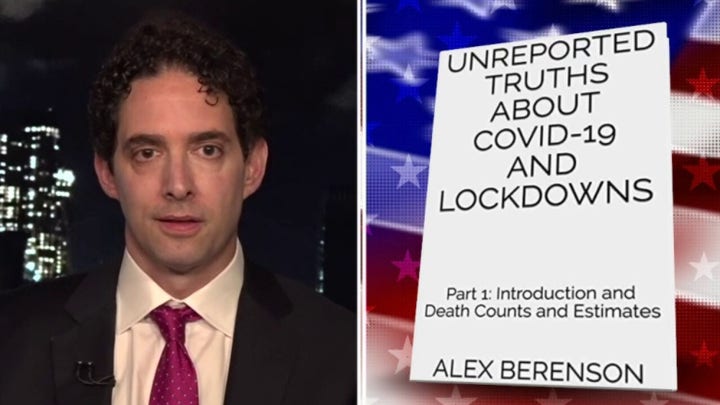 As the death toll in American surpassed 200,000 this week, the number was cited repeatedly in headlines and on cable news graphics. CNN even published a story headlined, “200,000 people have died from Covid-19 in the US. That's more than the US battle deaths from 5 wars combined,” while almost all mainstream news organizations prominently noted the grim number.

Berenson said the media never explains “that fewer than 10% of American deaths this year can be linked to Covid even under our extremely aggressive counting rules,” while objecting to the way coronavirus deaths are counted in the first place.

“Nor do they ever report the truth -- many if not most of those deaths occurred in extremely sick people who may have died ‘with’ rather than ‘from’ Covid,” Berenson said. “Even worse, in some cases -- such as homicides or overdoses -- Covid played no role at all, yet our rules require the deaths to be reported as Covid-linked.”

“Why do they go to such great lengths to make the coronavirus seem more dangerous than it is?" Berenson said.  "I don't know. Ask them."