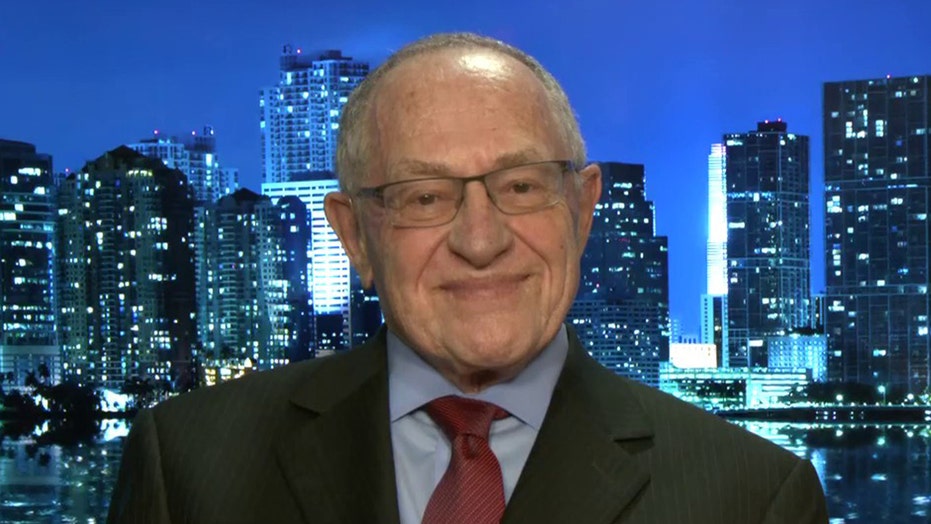 Alan Dershowitz, one of President Trump's defense lawyers in his Senate impeachment trial, accused the media of misrepresenting his argument that a president can’t be impeached for exerting his executive powers to win an election if he believes his victory is in the public interest.

"The point I was making was about the senators," Dershowitz said on "Hannity." "What I said [was] if you have mixed motives if you are in the public interest and you're trying to help the public, but you're also trying to get re-elected, according to [Rep. Adam] Schiff and [Rep. Jerry] Nadler, that's a crime.

Many were quick to attack Dershowitz's unconventional defense Wednesday, in which he made the case that if Trump’s motive for asking Ukraine for help was “mixed” between the national interest and political gain, it was not impeachable because his intentions were not purely “corrupt."

In a bid to clarify his comments Thursday,  Dershowitz told Sean Hannity that he was in no way implying that the president could engage in any activity as long as he considers his reelection to be in the interest of the public, as many critics had said.

"I turned to all the senators and I said, 'Everybody in this room, every senator, every politician everywhere always has one eye toward reelection and another eye toward the public interest. They almost always think it's the same. They also think their own election is in the public interest. You can't make that an impeachable offense,'" Dershowitz explained.

"I never, ever said or suggested or implied that a president can do anything he wants if he thinks his election will help the public interest," he added. "That was just a lie, a distortion."

The Harvard professor slammed "Schiff, Nadler, CNN, and MSNBC" for "distorting his answers," and said it was their response to his "impressive constitutional argument."

"I think the reason they really came after me is they saw after I made my talk and answered those questions, many Senators gathered around me, including Democrats," Dershowitz said. "They all said how they were impressed by my constitutional presentation."