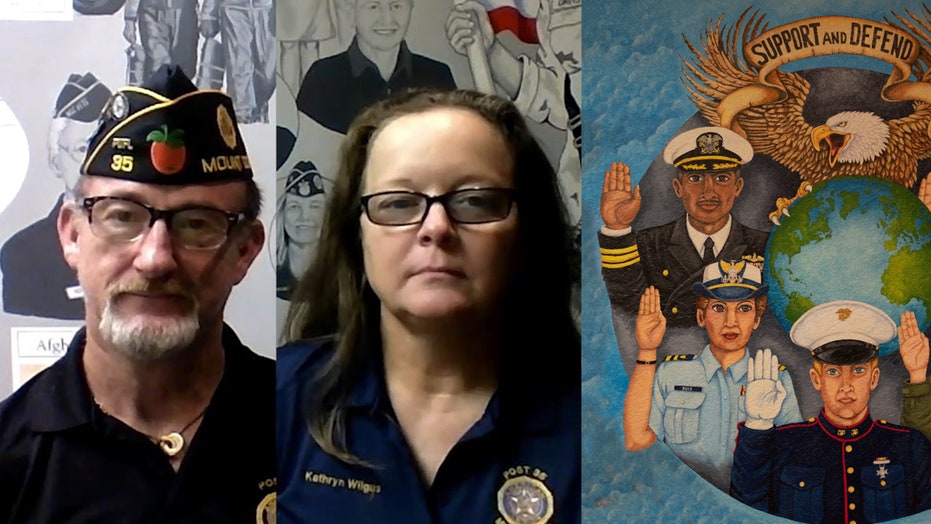 US military veterans Kathryn Wilgus and Jon Stylz are taking on another fight after their service, in an attempt to save their beloved American Legion post in Mount Dora, Florida.

“COVID-19 hit, the bills kept coming, and the money drained,” said Stylz, the current Mount Dora American Legion Post Commander. “We make a great effort to help every veteran that comes along and in need, and right now, we can't do that--we just don't have the financial ability to.”

Wilgus is a retired Navy Nurse Corps Lt. Cmdr. and serves as Post 35’s kitchen manager. She explained to Fox News how this particular American Legion was able to empower her and give her a newfound purpose.

“For me, coming back home in 2016 as a female veteran serving in Afghanistan, it was the first fraternal organization that actually gave me a voice,” said Wilgus. “So I called it my home and decided to try to put all my volunteerism here to make it better for our veterans and for our community.”

Mural in American Legion Post 35 highlighting the diversity of the US military operation. (Kathryn Wilgus)

The combat veteran’s dedication to Post 35 earned her the title of the 2019 Legionnaire of the Year. Wilgus oversaw the creation of an elaborate mural within Post 35 to send a message that all members of the military operation -- minorities and women, especially -- were not only acknowledged but were welcomed with open arms into the Mount Dora post.

The American Legion receives no money or grants from the federal government, and depends on donations for support, according to the organization's website. Wilgus noted that Post 35 is a nonprofit organization 503 (c)(19) and did not qualify for any of the coronavirus relief funding grants. Despite the lack of aid from the U.S. government, Stylz and Wilgus told Fox News that they are not letting their post go out of business without trying everything in their power to stop it. While ensuring patrons maintain social distance, they started weekly fundraisers, including game nights and raffles, as well as planning a community-wide car wash on August 9. Stylz even opened a Paypal account to take donations.

“We are volunteers, we don't get paid,” said Stylz. “All the money goes to the efforts of the American Legion and to veterans helping veterans, and if we close, we can’t do that, and it would completely break our hearts.”