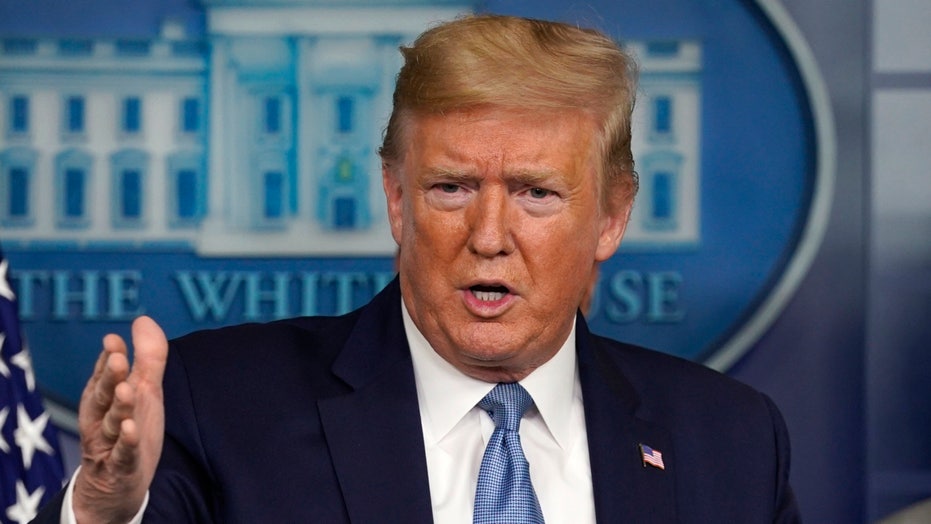 Acting Homeland Security Secretary Chad Wolf appeared Monday on "The Ingraham Angle" where he said there were no immediate plans for travel restriction to combat the spread of the coronavirus.

"As you heard the president say, it's certainly something that we continue to look at. Certainly in the task force, there are no immediate plans for any domestic travel restrictions," Wolf said. "But as I often say, we like to keep all options on the table. And again, as the virus continues to evolve and our medical strategy continues to evolve, and that's certainly something that will take a look at."

LIFE IN US COMES TO GRINDING HALT

Wolf noted the drop in airline travel saying they continue to evaluate the situation.

"I will say that we see overall in here in the domestic aviation side or sector, about a 30 percent drop in traffic today when we look at this time. Same time last year," Wolf said. "So the airlines are certainly pulling down as demand falls."

Host Laura Ingraham asked Wolf about reports that Chinese nationals were detained trying to enter the country illegally at the border.

"And so what I can tell you is any given week, we have between seven and nine thousand folks that are illegally, illegally entering our country," Wolf said. "And these are individuals that have no medical history. They have no travel history, often don't arrive with any identity documents. And so it's a really real concern."

Since officials first reported the coronavirus outbreak in Wuhan in late December and the United States imposed a travel ban for those entering from China, Border Patrol agents have detained 333 Chinese nationals attempting to enter the United States illegally, according to Department of Homeland Security data obtained by Fox News. None have tested positive for the virus.

"We're certainly taking a look at that," Wolf said after being pressed by Ingraham.

"Take a look at it?" Ingraham responded. "Should have been done that first minute that the national emergency was declared."