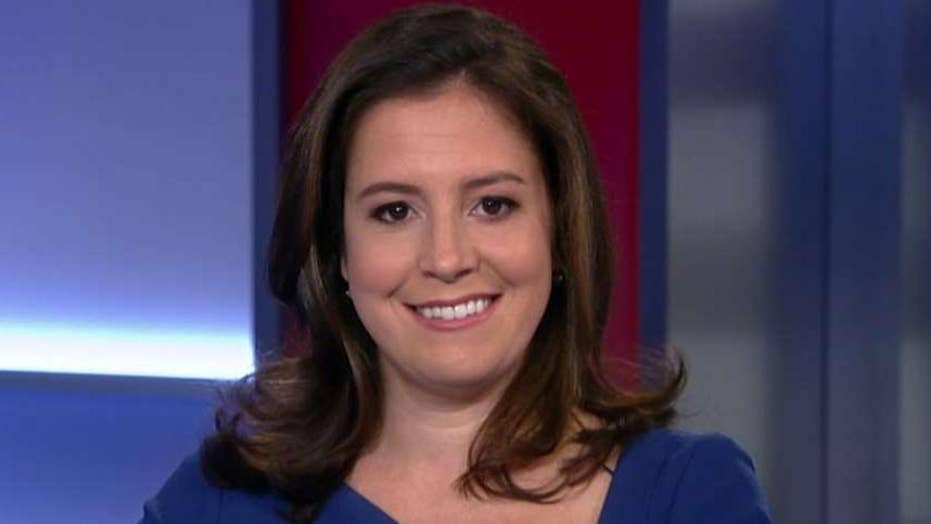 Rep. Stefanik: We know the Affordable Care Act is failing

Stefanik was one of several Republicans who spoke out against the Democrats' impeachment inquiry into President Trump during its first public hearing Wednesday, but Dowd singled her out on Twitter.

"Elise Stefanik is a perfect example why just electing someone because they are a woman or a millennial doesn't necessarily get you the leaders we need," the self-proclaimed "proud independent" commentator wrote in the now-deleted tweet.

Dowd later doubled down on his assertion, telling one Twitter user the "first order of business should be electing people with integrity" and claiming a critic was "missing the point."

However, that didn't stop the avalanche of criticism that Dowd received -- including from Stefanik's colleague, Rep. Mark Meadows, R-N.C.

"Elise did a great job laying out the facts. And, not least of all, this comment is reprehensible," Meadows wrote.

Stefanik responded to Dowd by knocking him and MSNBC host Nicolle Wallace, who also attacked her on Twitter, while thanking Meadows for defending her honor.

"It's a good thing I wasn't raised to measure my self-worth or professional work based on tweets from self-important @MSNBC commentators like Dowd (who is he again?)!" Stefanik wrote. "I earn support from #NY21 voters bc of my focus on keeping my promises & delivering #Results."

He eventually offered an apology to the congresswoman.

"Hey @EliseStefanik, I just want to apologize for a tweet that is being misinterpreted," Dowd wrote. "I didn’t mean to suggest you were elected only because you were a woman or a millennial. I deleted the tweet."

He added, "I deleted the tweet and apologize. I in no way meant to suggest that we don’t need women or millennial leaders. In fact [the] opposite is true and I have advocated for that. I will be more careful in how I phrase my thoughts. Lesson learned."

Stefanik then responded: "Apology accepted @matthewjdowd - @ABCPolitics should be ashamed of your comment. This is one of the reasons young women don’t run for office."

This came after the "proud independent" rushed in defense of former Rep. Katie Hill, D-Calif., who announced her resignation from Congress late last month after she was accused of having multiple inappropriate relationships with subordinates.

"Katie hill resigning while we have a president and 2 Supreme Court justices all credibly accused of sexual harassment/assault is a bit like a jaywalker going to jail while al Capone roams free," Dowd tweeted, in a reference to the notorious Chicago mob boss.

He previously attacked President Trump and Supreme Court Justices Clarence Thomas and Brett Kavanaugh, who he said had "credible accusations of sexual harassment/assault."

"There are two Supreme Court Justice and a President in DC today with credible accusations of sexual harassment/assault, and Katie Hill resigns. Ridiculous," Dowd tweeted.