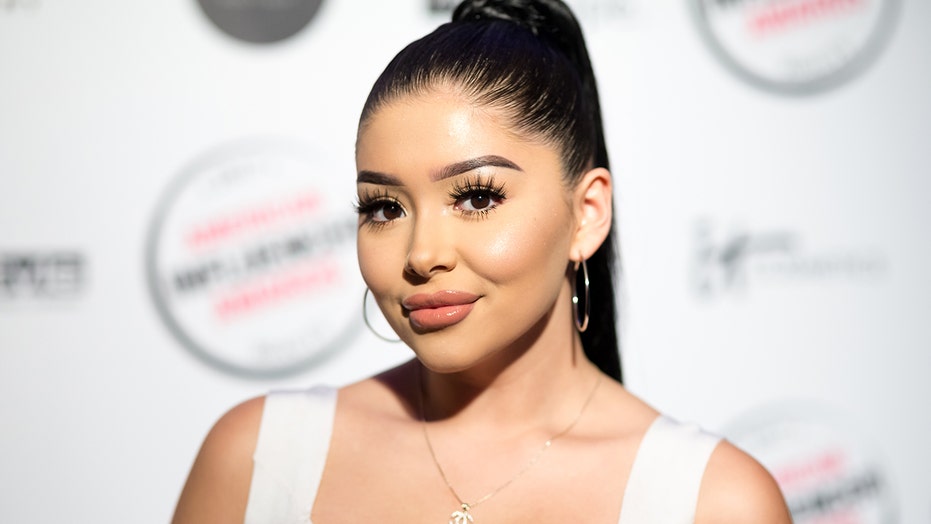 YouTuber Daisy Marquez is denying that she staged a video in which she appeared to capture paranormal activity while filming.

Marquez, who has more than 1.3 million YouTube subscribers, shared the spooky video on Nov. 26. The beauty influencer said she was supposed to be recording a sponsorship ad, but things quickly took a turn when the door behind her appeared to suddenly open on its own.

“I was in the middle of filming a sponsorship and this just happened...” she tweeted along with the clip, which has since been viewed 3.6 million times.

In a follow-up tweet, Marquez said the door incident was preceded by “something” pushing her down the stairs.

“I’m trying to put two and two together and I find it so weird that I fell down the stairs earlier today,” she added. “I didn’t trip, I wasn’t on my phone I legit just fell down the [stairs] as if something pushed me..I find it so bizarre and scary now that this just happened.”

This isn’t the first time the popular YouTube personality has claimed to experience paranormal activity in her home.

In January, Marquez posted a video titled “I’m being haunted *not clickbait*” in which she described another incident when her camera kept shutting off while trying to record herself telling a story about a “horrifying paranormal experience.”

YouTuber Daisy Marquez is denying that she staged a video in which she appeared to capture paranormal activity while filming. (Photo by Greg Doherty/Getty Images)

She said she started hearing voices outside her door and taps on the wall. One night, she said, her door unlocked and opened.

"This is not okay, this is not normal, and I'm terrified for my life," she said. "I'm not comfortable being here. I couldn't even sleep here last night."

Some of Marquez’s followers were very supportive and provided tips on how to combat the apparent spirit in her home.

“Get your house blessed by a [priest] sounds like a negative entity is there. Have an open bible at all times in your house laying somewhere for the meantime,” one Twitter user commented.

“Omg you have sprit attached to you! Scary af! Go to church love!” another person tweeted.

Others, however, called her bluff and suggested the entire thing was staged.

“It's fake as hell lol” another Twitter user said. “I'm sure she can't believe the amount of people that eat it up too.”