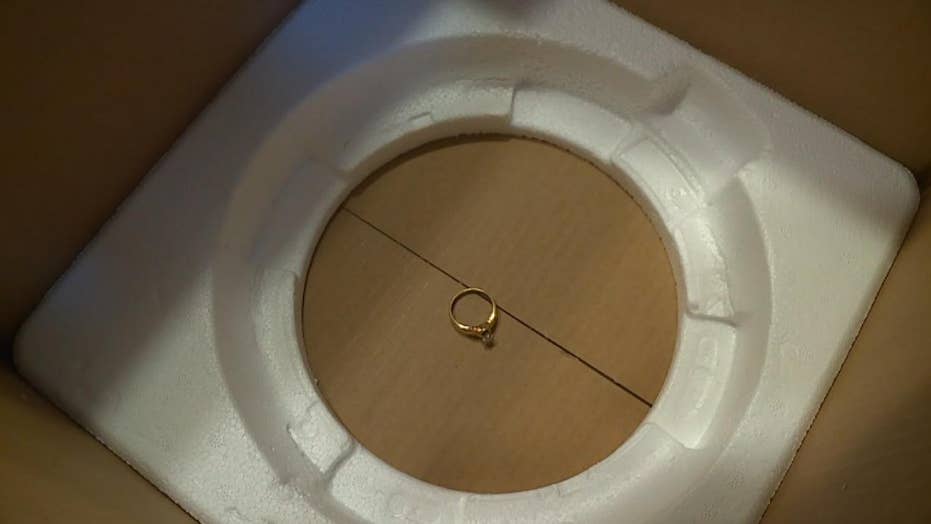 A woman in Washington State found a Walmart shopper’s engagement ring in her new Instant Pot box on Christmas Day. After posting a message on the town’s Facebook page, the owner contacted the woman and was reunited with her long lost wedding ring.

A woman in Washington state opened up her new Instant Pot on Christmas Day only to find a more valuable, and arguably better surprise inside: a fellow consumer’s diamond wedding ring.

Shiloah Avery, or Port Orchard, told Q13 Fox that after ripping open the package and removing the pressure cooker, she immediately spotted the ring — which was actually comprised of a wedding band and an engagement ring— sitting at the bottom of the box.

"They'd been soldered together and you could tell it'd been someone's ring for a long time,” Avery said.

Johnson had lost the ring on a trip to Walmart, during which she opened up an Instant Pot to check it out. (KCPQ)

Meanwhile, not far from where Avery lived, Joann Johnson had been searching for the lost ring, which she misplaced a few months back at a local Walmart while opening and inspecting an Instant Pot she was thinking of buying.

Johnson, who had lost the ring shortly before her 20th anniversary, took to the town’s Facebook page to see if anyone had stumbled upon it at Walmart, but didn’t have any luck until Christmas Day, when she saw Avery had posted a picture of the Instant Pot box to the exact same Facebook page, captioning it with, “I found a ring.”

“And immediately it was like an electrical shock going through me,” Johnson said.

Johnson soon connected with Avery ─ whom she called her “Christmas angel” ─ and retrieved the ring.

“It’s been fun making a new friend,” Avery told Q13 Fox. “And it’s been really nice having a good ending to it.”