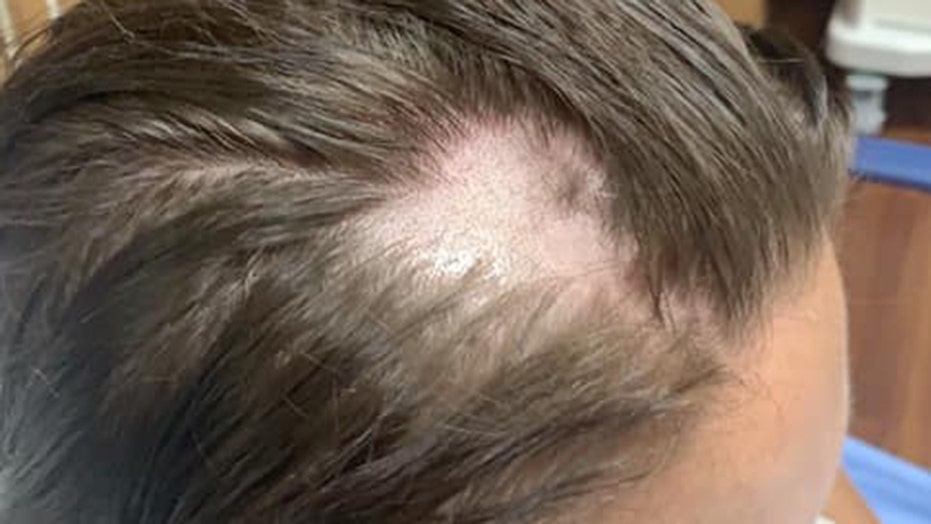 What should have been a relaxing self-care Sunday ritual quickly became a nightmare for one Wisconsin woman, who claims that her hair began falling out after she washed her tresses with a bottle of Pantene conditioner purchased at Walmart.

The 21-year-old and her mother suspect the product may have been contaminated with the hair-removal cream Nair, though reps for Walmart say that a review of relevant surveillance footage indicates “no evidence of tampering.”

Ashley Rose Robinson said that her hair started falling out after using a bottle of Pantene Pro-V Sheer Volume conditioner during an evening shower on the night of July 28, the New York Post reports.

Robinson had purchased the conditioner at her city’s local Walmart the week prior, the Post reports.

Shaken up, Robinson took to Facebook on July 29 to share photos and more information on the “very, very traumatic” experience, in a post that has since been liked over 2,600 times and shared 3,000 times.

“You don’t think to check your shampoo or conditioner once you buy it, well tonight that changed for me. I just went on with my normal Sunday routine got in shower shampoo, and conditioned my hair got out,” she wrote online, describing that “something was different and didn’t smell the greatest.”

Shaken up, Robinson took to share photos and more information on the “very, very traumatic” experience, in a post that has since been liked over 2,600 times and shared 3,000 times. (Ashley Rose Robinson)

“I took my hair out of the towel and it smelt terrible, got back in the shower used my other shampoo and rubbed that in, as I took my hands out of my hair it was covered in hair and just kept on falling out,” she alleged.

Traveling to the emergency room, Robinson was glad to learn that the bad conditioner didn’t chemically burn her scalp, though fate of her glossy dark hair looked grim.

“My hair is still falling out and I know will continue to,” she lamented online. “I can’t trust anything anymore.”

Robinson’s mother, Taffy Jo Timm, also took Facebook to call out the “ugly pink color” of the botched conditioner and voice her suspicions that “someone mixed Nair in her conditioner bottle,” the Post reports.

“We were at the doctor’s office and they said it smelled like Nair. It had a very distinct smell to it,” Robinson told CBS. “Somebody had to have tampered with it,” Robinson said.

Soon after the shower gone wrong, Robinson decided to shave her head and explaining why she felt “scared” in a follow-up social media post with before-and-after photos of herself.

“Emotions are real. Anxiety attacks more than ever this evening. I’m scared. I don’t wanna go in public,” she opined. “Tomorrow I go back to work and I’m very anxious, my emotions never been so high. I love my job and people but I’m scared.”

“They told me it’s okay to be scared but know you’re not alone at all,” she went on. “I’m thankful for the continued outpouring love from everyone! I ask that you bear with me as I start this new phase of my life. It’s not gonna be easy, but I know God is always there.”

According to the outlet, reps for Walmart said that they have not yet found any evidence of tampering via surveillance footage.

“We take claims like this seriously. As soon as we were made aware of the issue, we inspected all product in our store, reviewed surveillance footage and found no evidence of tampering,” a spokesperson said. “We’ve attempted to reach out to the customer to discuss this further and have received no response. We will work with authorities to prosecute if there is proven evidence of tampering.”

When contacted for comment, reps for Pantene offered Fox News the following statement on the story:

“We are aware and concerned by this post, however the consumer involved hasn’t directly contacted us yet, so at this time we have limited information,” an official said. “We have reached out to gain more information because the safety of our products is our top priority. We will share more information as we learn more about this unusual experience.”

In a larger sense, Robinson said that she hopes her story will serve as a cautionary tale for others.

“I don’t want this to happen to anyone else,” she said. “I’m not going to buy any products unsealed because of this.”

A GoFundMe page for Robinson’s continued wig, medical and legal costs has since raised $1,656 of a $5,000 goal to date.