The Westminster Dog Show: What breed has won the most 'Best in Show' titles?

Every year at the Westminster Kennel Club Dog Show, the judges declare one dog as 'Best in Show,' and as it turns out, those judges definitely have a type. Since 1907, the Terrier group has won the 'Best in Show' title a whopping 48 times.

We can all agree that the competitors in the Westminster Kennel Club Dog Show -- past, present, and future -- are all just the goodest boys and girls ever. But that being said, the judges are forced to declare one of those dogs as “Best in Show” each and every year.

And as it turns out, those judges definitely have a type. 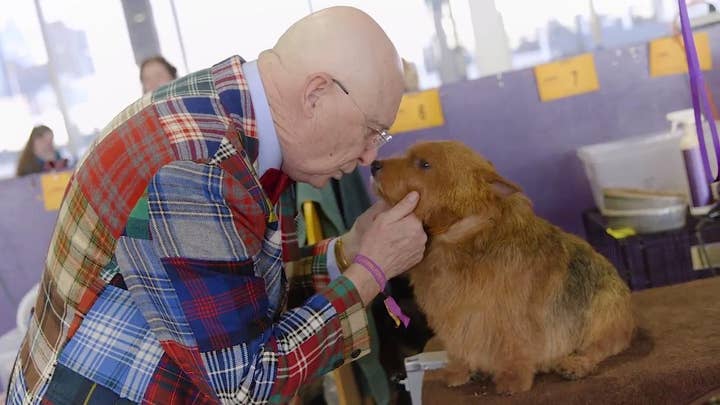 Since 1907 -- the first year that Best in Show was awarded -- the Westminster Kennel Club Dog Show has awarded the title to a dog from the Terrier group a whopping 48 times. And of those 48 winners, 15 were Wire Fox Terriers. The second-winningest breed, Scottish Terriers, has won a total of eight times.

No wonder this Wire Fox Terrier is so happy. (iStock)

The rest of the doggie groups don’t even come close to putting up the same numbers as the Terrier group, either. For example, the Sporting group has produced the second-highest number of Best in Show winners, which amount to just 20 since 1907. (The English Springer Spaniel, a Sporting dog and the third-most winningest breed, has only won Best in Show six times.)

King, the winner of Best In Show in 2019, was also a Wire Fox Terrier. The breed has won the Best In Show title 15 times since the category's inception in 1907. ( Lev Radin/Pacific Press/LightRocket via Getty Images)

Of course, one group always seems to fall to the back of the back. Of the seven groups judged at Westminster -- the Terrier, Sporting, Hound, Working, Toy, Non-Sporting and Herding groups -- only two Herding dogs (both German Shepherds) have ever been recognized as Best in Show. (It's worth noting that the Herding group has only existed since 1983, when it broke away from the Working group to have its own category.)

The results don’t appear to reflect the popularity of a given breed, however. The Labrador Retriever, which has been ranked as the American Kennel Club’s “most popular breed” in the United States since 1991, has never won a single Best in Show title.