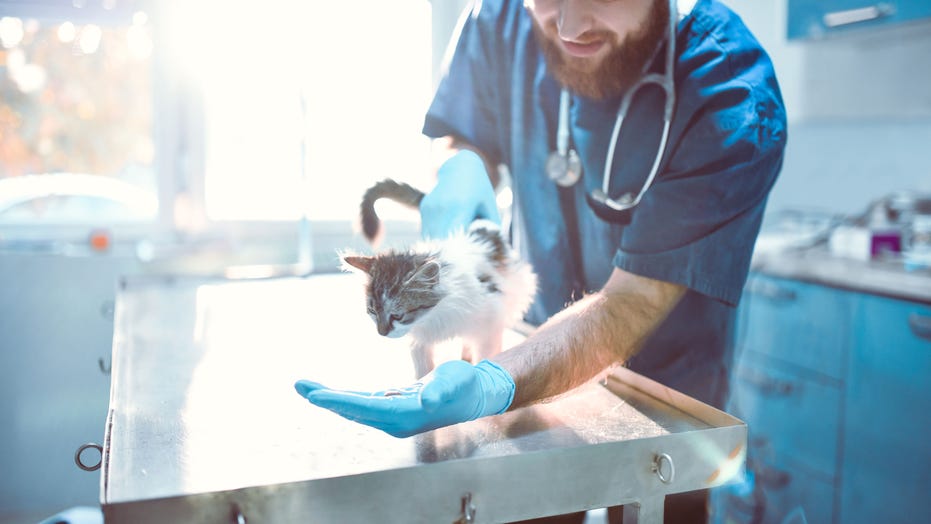 A distraught cat owner is heartbroken after an alleged mistake at the vet’s office resulted in the pet’s death.

According to Houston-native Michelle Olson, the vet accidentally gave her cat euthanasia medicine instead of the rabies vaccine that was supposed to be administered. Despite realizing the mistake before the animal died, the veterinarian's office could not save its life.

WOMAN CLAIMS DOG WAS CRUSHED TO DEATH DURING PETSMART GROOMING APPOINTMENT: 'SHE WASN'T JUST A PET'

Olson says that she and her husband had picked up their cat, Sophie, and were on their way home when they received a call from the vet, ABC 13 reports. “It was the doctor herself calling saying, 'Please get Sophie back here immediately, we gave her euthanasia instead of a rabies vaccine,’” she explained to the outlet.

“Every time I close my eyes, I see that look on her face and I just can't get it out of my head,” Michelle Olson told ABC 13. (iStock)

“Every time I close my eyes, I see that look on her face and I just can't get it out of my head,” Olsen told the outlet.

While Olsen and her husband were able to get the cat back to the vet, it was reportedly too late to reverse the effects.

“I immediately took her out of her cat carrier and I held her, talked to her, because I knew that was going to be the last thing she would remember,” Olson explained. “I knew she wasn't going to come back at that point. I just knew it. She pretty much was dying in my arms.”

According to ABC 13, the animal hospital responsible for the incident would not comment on the situation at the advice of legal counsel.