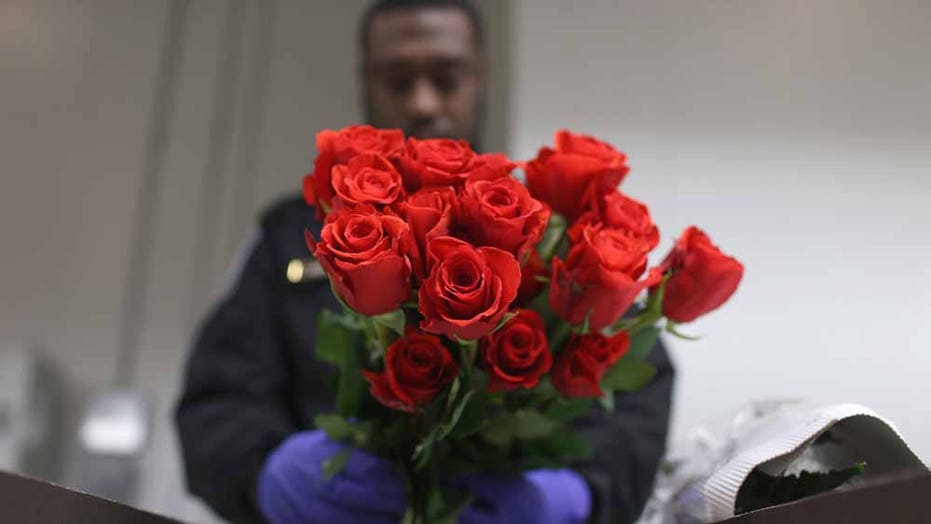 As Valentine's Day approaches Miami International Airport sees their daily flower shipments quadruple to 22 million flowers per day. During the rest of the year MIA handles more than 90 percent of all flowers imported to the U.S. Most of the flowers come from South American growers.

Miami, Florida – This Valentine’s season, 800 million fresh flowers will be imported to the United States and 90 percent of them arrive through the Miami International Airport.

Inspectors search around the clock, finding all kinds of bugs — beetles, slugs, moths and even butterflies. Purtell said the work is actually enjoyable.

“Cockroaches move really fast so I don’t like that. If you find one unexpectedly at home, you’re completely grossed out and not pleased about it at all, but when you’re looking for it, you’re a little more mentally prepared.”

Agents take sample sizes from each flower shipment just hours after being cut in South American fields and packed in refrigerated trucks and cargo planes.

The competition in what has grown into a $25 billion dollar a year industry has gone global, with South America as a heavy contender.

“We have stuff that’s seasonal but not seasonal now because it’s grown all over the world. So it’s not grown here, it’s grown, could be Africa, it could be Australia, could be Europe, could be Costa Rica, all this product being grown everywhere in the world now.”

Three-fourths of the flowers come from Colombia, which has the combination of cool temperatures and high humidity that flowers need — along with inexpensive labor.

“The super quality now is coming from South America in roses. The big thing is quality. In the perishables, you have to have quality. If you don't have good flowers now with good shelf, people will buy a box of candy,” said Moss.