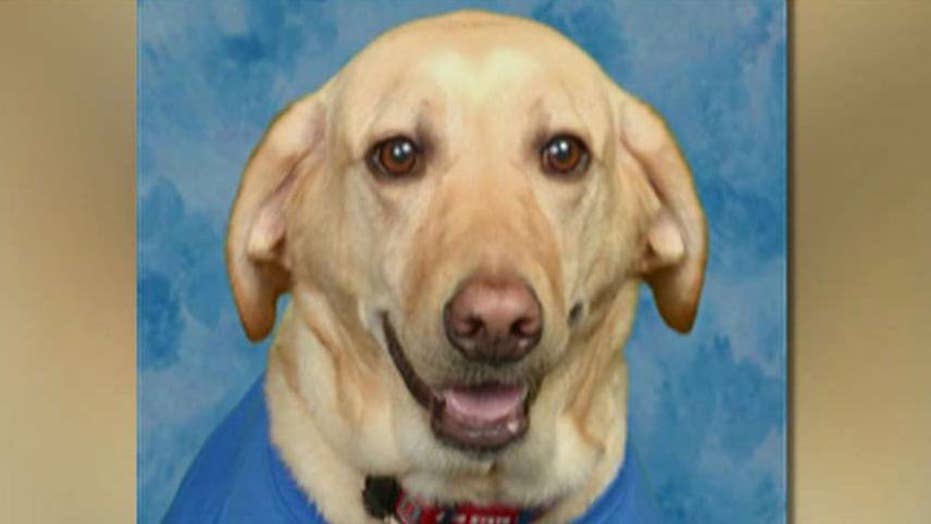 Linda is the companion of a 5th grader in Orange City, Florida.

Schools across the country have been featuring the photos of a few extra-special staff members: the therapy dogs.

Linda, the therapy companion of a fifth grader in Orange City, Fla. got her photo in the school yearbook, where she’s seen smiling big and sporting an adorable t-shirt.

“Goodest girl” and therapy dog Miss Peanut also got to pose for her school yearbook and the Internet is obsessed.

The yellow lab’s photo, which was shared on Twitter Tuesday by someone who goes by Tinker Elle, quickly went viral with over 61,000 likes and 298,000 retweets as of Thursday afternoon.

According to another Twitter user, Miss Peanut is part of Canine Companions for Independence (CCI), a non-profit that provides highly-trained assistance dogs to those in need.

Miss Peanut isn’t the only one to get a little appreciation from her school. Other Twitter users shared photos of even more good girls and boys who have been featured in school yearbooks.