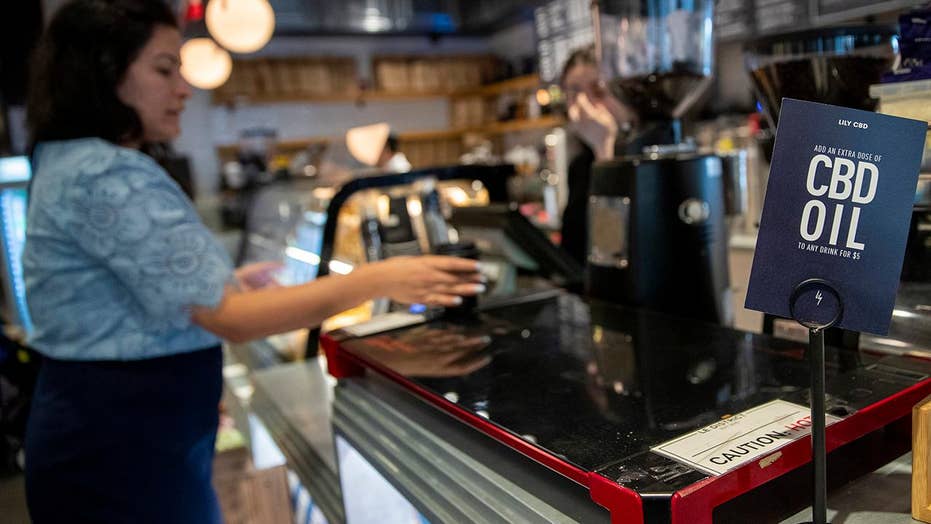 Internet searches for CBD products spike, but is it safe?

Do you want calmer, quieter and pain-free dogs and cats?

Amy Carter, of St. Francis, Wis., decided to go against her veterinarian’s advice and try a CBD oil recommended by a friend to treat Bentley, her epileptic Yorkshire terrier-Chihuahua mix. The little dog’s cluster seizures had become more frequent and frightening despite expensive medications.

“It’s amazing” Carter said. “Bentley was having multiple seizures a week. To have only six in the past seven months is absolutely incredible.”

In this Nov. 5, 2019 photo, in St. Francis, Wis., Amy Carter looks at her Yorkshire terrier-Chihuahua mix Bentley, who has epilepsy. Carter gives him CBD, which she says has reduced his seizures. (AP Photo/Carrie Antlfinger)

The federal government has yet to establish standards for CBD, however.

“You’d be astounded by the analysis we’ve seen of products on the shelf with virtually no CBD in them,” said Cornell University veterinary researcher Joseph Wakshlag, who studies therapeutic uses for the compound. “Or products with 2 milligrams per milliliter, when an effective concentration would be between 25 and 75 milligrams per milliliter. There are plenty of folks looking to make a dollar rather than produce anything that’s really beneficial.”

Short for cannabidiol, CBD is a nonintoxicating molecule found in hemp and marijuana. Both are cannabis plants, but only marijuana has enough of the compound THC to get users high. The vast majority of CBD products come from hemp, which has less than 0.3 percent THC.

CBD has garnered a devoted following among people who swear by it for everything from stress reduction to better sleep.

Passage of the 2018 Farm Bill, which eased federal legal restrictions on hemp cultivation and transport, unleashed a stampede of companies rushing products to the market in an absence of regulations ensuring safety, quality and effectiveness.

Products for people were swiftly followed by CBD chewies, oils and sprays for pets.

There’s a lot of money in this new way of self-care, too.

It’s a $400 million market that grew more than tenfold since last year, and is expected to reach $1.7 billion by 2023, according to the cannabis research firm Brightfield Group.

Scientific documentation of CBD’s safety and efficacy is nearly nonexistent.

That’s starting to change, however.

A clinical study headed by Wakshlag at Cornell, published in Frontiers in Veterinary Science in July 2018, found CBD oil helped increase comfort and activity in dogs with osteoarthritis.

“The results of our first epilepsy study were promising, but there was certainly not enough data to say CBD is the new miracle anti-convulsive drug in dogs,” McGrath said.

Seizures are a natural focus for research on veterinary CBD products, since Epidiolex, the only FDA-approved drug containing cannabidiol, was approved last year for treatment of two severe forms of epilepsy in children. Veterinarians are allowed to prescribe Epidiolex for pets, but it’s prohibitively expensive — upwards of $30,000 a year for an average-size dog, McGrath said.

Carter gives her dog CBD, which she says has reduced his epilepsy-related seizures. (AP Photo/Carrie Antlfinger)

Meantime, the American Veterinary Medical Association is telling veterinarians they can share what they know about CBD with clients but shouldn’t prescribe or recommend it until the FDA gives its blessing.

The U.S. Food and Drug Administration is developing regulations for marketing CBD products, for pets or people. This year, it has sent warning letters to 22 companies citing violations such as making claims about therapeutic uses and treatment of disease in humans or animals or marketing CBD as a dietary supplement or food ingredient.