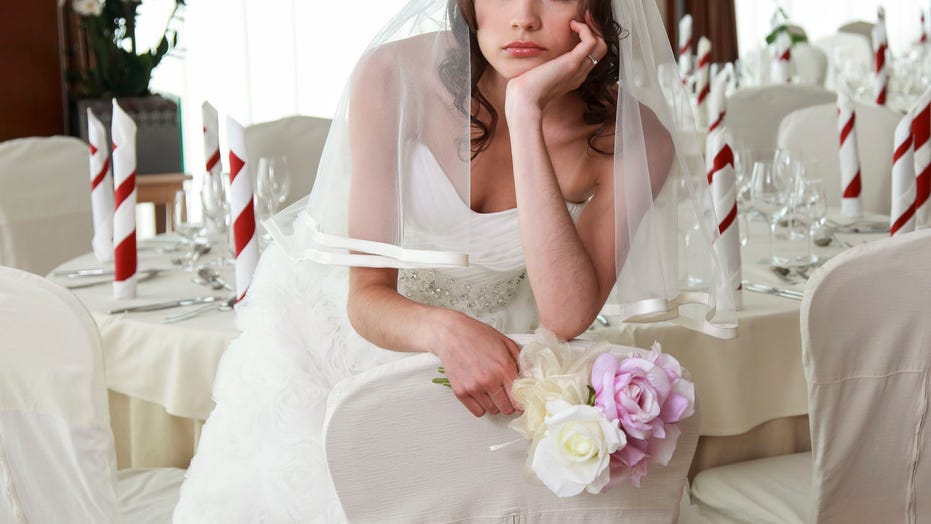 Nothing will steal the spotlight from the bride like a newborn baby.

When a wedding and a C-section ended up being scheduled for the same day, sparks flew. The bride, feeling slighted, shared her story with the Internet in hopes of finding some support.

Reddit user Ginnywhatchoowannado took to the site’s forums to share her side of the story. After she got engaged last November, she and her fiance had set a June date almost immediately. Unfortunately, her time in the spotlight didn’t last long.

“A few weeks (after announcing the date) my brother-in-law and sister-in-law announced the pregnancy of their first child,” her story began. “My sister-in-law is still very young and she grew up very spoiled. She's still very self-centered but since her pregnancy, she has started maturing. Despite our personality differences she and I have grown sort of close. I was genuinely excited about the baby.”

BRIDE-TO-BE'S SISTER ALLEGEDLY TRIES TO HIJACK HER WEDDING DATE AND VENUE AFTER GETTING PREGNANT: 'IT'S NO BIG DEAL, RIGHT?'

The problems apparently began with the wedding shower. After the soon-to-be bride set a date for May and sent out invites, the pregnant sister-in-law made a shocking decision. “About two weeks before my shower my sister-in-law sent out invites for her baby shower-for May 19th,” the post explained. “My husband's relatives who I had invited and who had RSVPed my shower skipped my shower for hers.” To makes matters worse, “(My sister-in-law) showed up at my shower in the last hour wearing a white dress, a tiara, and a pink satin sash over her chest.”

Things somehow got even worse. “About a week before my wedding, (my sister-in-law) announces that she scheduled her c-section for (the same day as the wedding),” the poster explained, adding that a health condition led to the decision to have the C-section. “My mother-in-law and father-in-law told us that if they had to choose between the first grandchild and our wedding they'd choose the baby. Then his grandparents, his three aunts and two uncles and several cousins all said they wanted to be at the hospital for the baby. This family is incredibly close-knit and babies are a big deal for them. Then a bunch of their family friends got wind that these relatives weren't attending and backed out as well.”

Many Reddit users seemed to agree that there was something suspicious about the sister-in-law’s behavior, especially the baby shower falling on the same day as the bridal shower. As one user put it, “that was 100% intentional. Not sure how I would feel about the c section. Would need a lot more medical information. One doesn't usually know they will need a c section in month 5.”

Another user responded, “the doctor wanted to do the C-section (a few days later) but (the sister-in-law) demanded the (wedding day) so the baby would be born on a Saturday. Bizarre.”

Of course, others were just surprised so many people chose the baby over the wedding.

As one user put it, “Wedding: lasts only one day - will be over tomorrow. Lots of people, fun and food. Oh, and booze! Birth: hanging around for ages until the baby is born. Meet baby for a couple of minutes. Maybe get to hold the baby. Maybe. No expiry date - baby will still be here tomorrow. No fun, no food. Oh, and no booze. I'd take the wedding.”