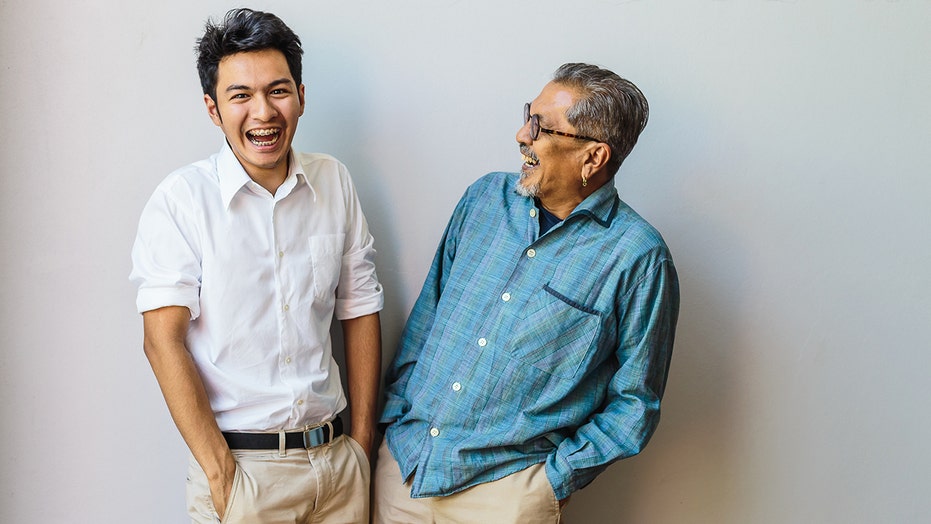 The Saccenti boys have made over 50 custom American and blue line flags as a 'thank you' to veterans and police officers.

You start becoming your father at age 37, according to a new poll.

Not only that, but 68 percent of those surveyed said they feel more like their father with every passing year.

With Father’s Day right around the bend, a new survey of 2,000 Americans with living fathers aimed to get some insights into our relationship with dad and how the pandemic may have shaken up how we relate to them.

One in five respondents also admitted that they no longer like it when someone in their family changes the thermostat.

Conducted by Omaha Steaks, results found three in four Americans said the COVID-19 pandemic has actually made them appreciate their fathers more.

With more time to talk, two in three said they’ve gotten to know their dads a lot more during the last few months. As a result, respondents said they reach out to their dad on average six times a week, whether it’s a call, text, video call or an in-person visit.

The results also found that the Americans with living fathers plan on making this Father’s Day special for dear old dad.

So special, in fact, that the average survey respondent plans on shelling out close to $100 on a gift this year — while one in 10 said they plan on spending more than $200.

So what are we getting dad for the big day this year? The results showed that most Americans will be opting for a nice dinner and something expensive, like a tech gadget or smartwatch.

Four in 10 will be getting their dad something practical they know they want, like socks or a tool kit.

But according to the poll, when respondents were asked what they think their dad actually wanted, the popular answers were simply a juicy steak and an ice-cold beer — news that probably made Omaha Steaks very happy.

Keep reading for more stats on what the average respondent considered to be most dad-like trait about himself, as well as what they think their dad really wants this Father's Day:

Top traits respondents think they get from their dads

What respondents think their father wants