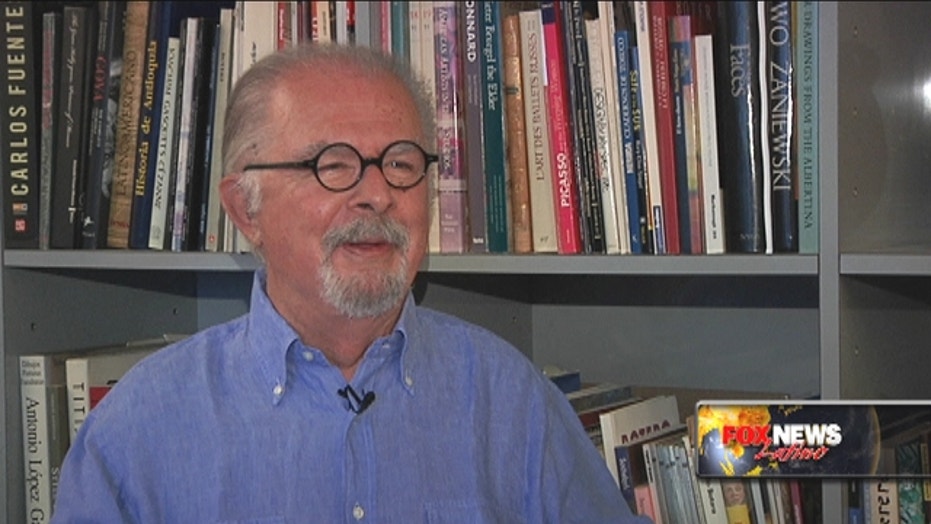 'Bullfight:' Fernando Botero reflects on his career of passion

On occasion of the launch of his new book, Bullfight: Paintings and Works on Paper, Fernando Botero spoke with Fox News Latino about his successful career, his passion for bullfighting and the art of painting.

Francisco "Fran" Rivera Ordóñez, one of Spain’s most celebrated bullfighters, broke social media after posting on Instagram a photograph of himself while holding his infant daughter and fighting a bull calf.

Rivera posted the picture of himself practicing cape work during a training session. The Spanish matador’s wife gave birth to their second daughter, Carmen, on Aug. 19, while he was recovering from a gorging to the abdomen during a bullfight in Huesca.

"Carmen’s debut," he wrote in Spanish along with the hashtag #orgullodesangre – or "blood pride."

The post continued, "This is the fifth generation of bullfighters in our family. My grandfather used to bullfight with me and my father like this. My father also used to bullfight like this with me, and I have done it with my daughters Cayetana and now Carmen."

Rivera’s father, the famous bullfighter Paquirri, was gored to death during a bullfight in Pozoblanco, Córdoba, in 1984, aged just 36.

A second post followed, showing side-by-side pictures of Rivera with his 5-month-old daughter and him as a toddler on his father's shoulders. "History repeats itself," he captioned the dual images.

Rivera, also known by Spaniards as "Fran," is one of the nation’s most popular bullfighters, and a popular face in the gossip magazines..