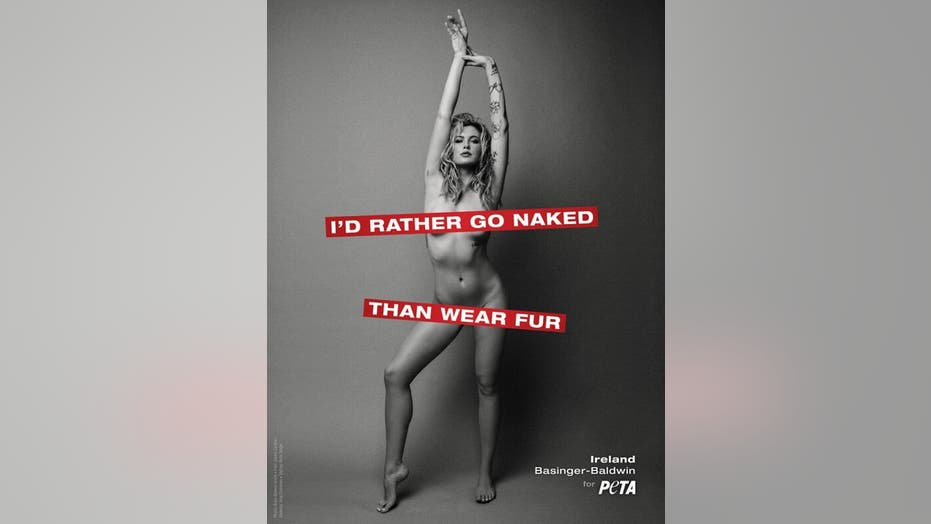 After 30 years, PETA is stripping off one of its most famous campaigns.

On Tuesday, the animal-rights group announced the end of its long-running “I’d Rather Go Naked Than Wear Fur” campaign, citing the “downward spiral” of the fur trade as an indicator that PETA can move on to other projects focusing on the leather and wool trades.

YOU MAY BE WALKING YOUR DOG WRONG, PETA FOUNDER CLAIMS

"Nearly every top designer has shed fur, California has banned it, Queen Elizabeth II has renounced it, Macy's is closing its fur salons, and now, the largest fur auction house in North America [the North American Fur Auctions] has filed for bankruptcy," said PETA Senior Vice President Dan Mathews in a press release.

PETA’s announcement comes shortly ahead of New York Fashion Week, during which the group normally debuts its latest “I’d Rather Go Naked” campaign each year, which recently featured Ireland Baldwin in the buff.

“I actually have it in my contract as a model that I won’t wear fur," Baldwin told PETA in 2018. (PETA/Brian Bowen Smith)

Over the years, such celebrities as Pamela Anderson, Christy Turlington, Taraji P. Henson, Eva Mendes, Kim Basinger, Khloe Kardashian and Gillian Anderson, among others, have modeled for the campaign since it debuted in 1990.

PETA added that it hasn’t given up on its anti-fur campaigns completely, but will rather refocus its efforts. The group said it won’t stop using naked celebs in its ads, either, but would rather repurpose the idea for a more all-encompassing campaign, to be known as “I’d Rather Bare Skin Than Wear Skin.”