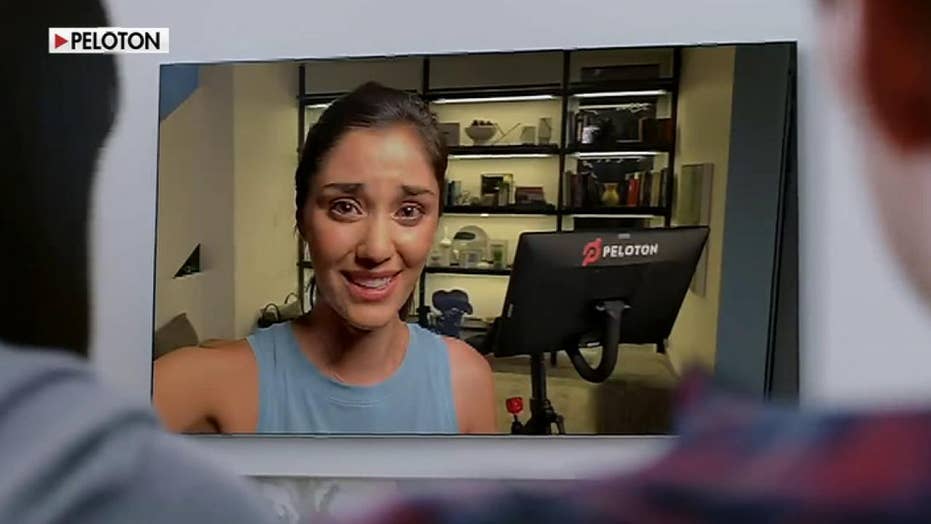 Peloton dominated social media on Monday after an ad promoting its exercise bike triggered an avalanche of criticism.

The ad, which initially debuted online in November, features a husband surprising his wife on Christmas morning with an exercise bike, showing her gasping with shock after lifting her hand from her eyes.

"A Peloton?!?" the wife exclaimed in disbelief.

The commercial then shows the wife continuously documenting her use of the exercise bike throughout the year via video diaries, which is followed by her showing her husband a compilation video displaying the progress she made.

"A year ago, I didn't realize how much this would change me," the wife said to her husband about her Peloton. "Thank you."

Vice declared that the woman in the ad is "absolutely not OK" and that the commercial is a "30-second tale of one [her] desperate journey into wellness hell."

"Her grim motivation that pushes her to drag herself out of bed combined with exclaiming at the camera how blatantly, inexplicably nervous the Peloton makes her paint a bleak portrait of a woman in the thrall of a machine designed to erode her spirit as it sculpts her quads," Vice's Katie Way wrote. "Titled 'The Gift That Gives Back,' the 30-second commercial is a mere glimpse into the barrage of horror its protagonist, a young wife and mother, slogs through daily."

"Sorry to shake things up but I'm excited to announce I'm throwing my hat in the ring and joining the presidential race and running on the single issue platform to jail everyone involved in the pitching, scripting, acting, shooting, and approval of the Peloton ad,"  writer Bess Kalb reacted.

Peloton did not immediately respond to an email from Fox News.

Peloton Bike packages start at $2,245, with more inclusive packages retailing for as much as $2,694. The Peloton Membership, which gives users access to on-demand and live classes, costs an additional $39 per month.