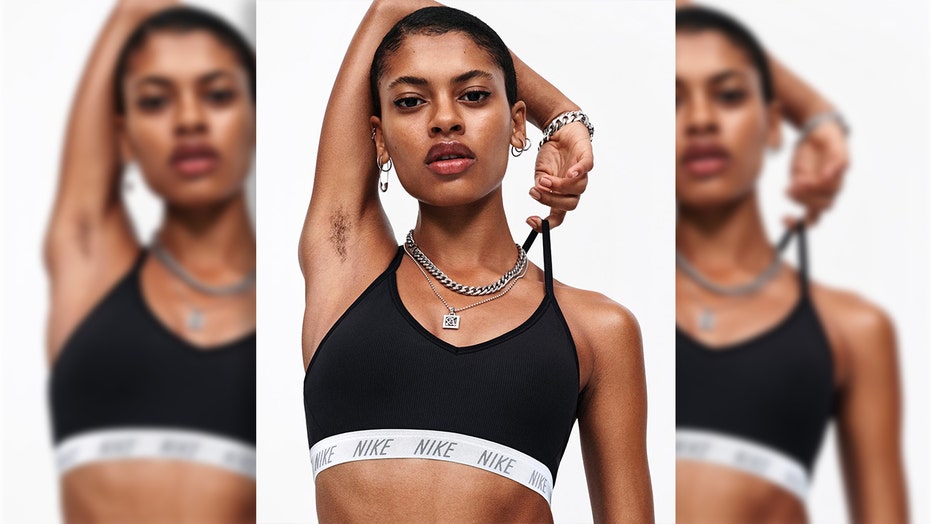 Things are getting hairy in the comments section of Nike Women’s latest Instagram post, which stars singer Annahstasia in a black sports bra, right arm stretched over her head — revealing an unshaven armpit.

“Big mood,” reps for the sportswear brand captioned the image, which has since been liked over 171,000 times and sparked nearly 6,000 comments.

MODEL SHARES STORY OF GETTING DISCOVERED AT COACHELLA: 'I WOULDN’T CALL IT AN OVERNIGHT SUCCESS'

“That's disgusting. I get that it's natural but it's not cool,” a critic clapped. “I bet all of you people saying ‘Oh this is natural,’ ‘Oh this is amazing,’ ‘Oh I'm a feminist,’ wouldn't dare leave the house with an ounce of hair on you other than your head.”

“She needs a shave,” another agreed.

“The only good thing about this is that the rest of us who still shave and wax will have more men around,” another smirked, as per Yahoo Lifestyle.

Reps for Nike did not immediately return Fox News’ request for comment on the buzz surrounding Annahstasia’s ad (pictured.) (Nike)

“How is not shaving your armpits a freedom?!” one detractor wondered of the “shallow” marketing ploy.

Fans of Annahstasia’s armpit hair look, however, quickly blasted the criticism and defended the decision to go au naturel.

“Oh no! How dare a woman have natural body hair” a supporter sarcastically quipped.

“Some of y’all armpits aren’t even shaved right now, so hush,” a jokester offered.

“It's an active human body. Let her be,” another fan agreed. “It's nature what's the problem?”

“It’s not about if you personally shave or not. It’s about accepting everyone whether they do something cosmetic or not,” one commenter elaborated. “It’s a deeper picture than ‘she should shave.’ It’s the exact point Nike made by putting it up… these comments and proving the very point they wanted to make... that society is unaccepting of differences/preferences/lifestyles.”

“The only reason y'all are grossed out is because society told you to be,” another mused.

Reps for Nike did not immediately return Fox News’ request for comment on the buzz surrounding Annahstasia’s ad.

Meanwhile, it wouldn’t be the first time in recent months that a female star’s armpit hair has made headlines. In November, Julia Roberts admitted that she wasn’t trying to make a feminist statement when she “rocked the hairy armpit” at the 1999 premiere of “Notting Hill” — though she described the au naturel movement as “very dope.” That same month, Madonna's 22-year-old daughter Lourdes Leon arrived on the red carpet for the CFDA/Vogue Fashion Fund gala with unshaven armpits and legs, HuffPost reports.

In December 2017, model Gigi Hadid got people talking when she sported unshaven underarms to a LOVE Magazine shoot.