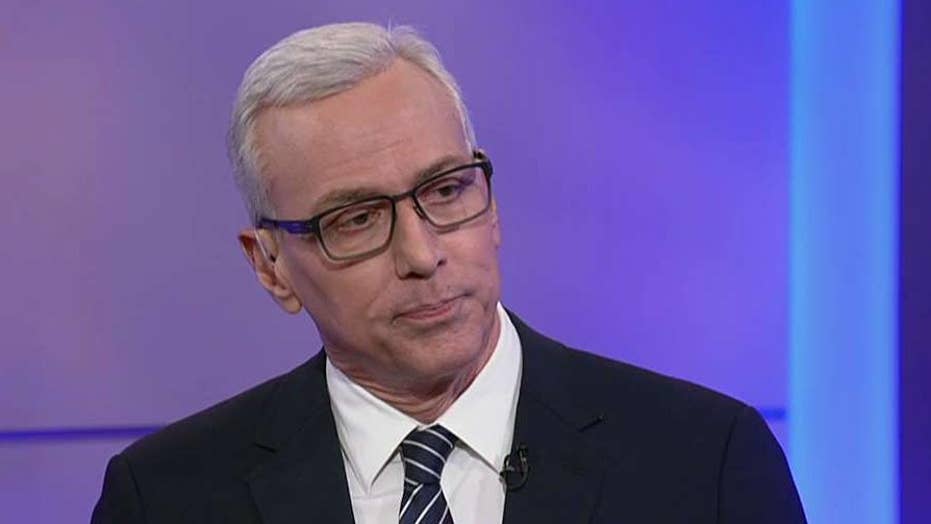 It was not easy for Kyleigh Leddy, based in New York City today, to live with an older sister who was diagnosed with schizophrenia during her college years — a sister much loved by everyone who knew her, especially her family.

It was also not easy to write about life with an older sister diagnosed with schizophrenia — a sister who has been gone now for some time.

But Kyleigh Leddy has done so poignantly in a new book, "The Perfect Other." The book sheds considerable light on mental illness and how, bit by bit, it took a beloved sister away from her family emotionally, psychologically and ultimately physically.

Kyleigh Leddy writes that "I will only have ever had one sister. I will have only ever grown up beside one person in such an elemental way." She brings her sister, plus her enormous love for her despite the difficulties, to life for all who want to learn more about mental illness in America today. (Barbara Zachary)

"She is nowhere tangible," writes Leddy in her personal account, "which is to say that she is everywhere."

The author does not ask for sympathy, nor does Leddy sugarcoat the difficulties.

She lays out the life of a close sibling in an understandable and enlightening way, explaining that her sister, six years older, eventually became "that person. The one you hide from on the subway. Look away from, avoid eye contact," she writes.

"I think it's really important to put a name and a face on [mental illness], and try to translate this very confusing, scary disease into something that is more accessible."

"My sister, my hilarious, charming, perfect sister: now other. The irate madwoman on the train," Leddy says.

Leddy dedicates the book to "the estimated 970 million people worldwide who suffer from a mental health disorder. This book is for their suffering, and for those who love them."

Here are highlights from Fox News Digital's interview with Kyleigh Leddy about her account of her sister's life — plus an excerpt from the book that follows below.

Fox News Digital: What was, and what is, most important to you in terms of sharing your sister's story with the world?

Kyleigh Leddy: My hope is to spread more awareness [about mental illness] and to start a conversation about it. And while that might sound like a bit of a cliché, I really think it's important — when it comes to a subject like this, which has so much shame and stigma attached to it, so many misunderstandings — to shine a light on it. And to put a name and a face on it, and try to translate this very confusing, scary disease into something that is more accessible.

Author Kyleigh Leddy (above, left) as a small child, with her older sister, Kaitlyn. The two were inseparable for years. "My sister was a force: funny and wild and unpredictable and as fickle as a summer storm," Leddy writes.   (Kyleigh Leddy)

Fox News Digital: What do you wish other people could know about your sister, Kaitlyn?

Leddy: I hope that people come away with an understanding of her beyond the illness. My sister had lovely qualities. She was fun, charismatic and smart. She was my idol. You know, we were just six years apart. She was my big sister. The illness just took so much away from her.

HOW TO COPE WITH COVID ANXIETY TWO YEARS AFTER THE LOCKDOWNS

I think that's what makes mental illness so terrifying. It's part of the stigma about it. It's a condition that feels like it is threatening someone's soul, someone's personality, taking away so much of who that person is. The idea of "losing" someone that way is terrifying.

Author Kyleigh Leddy (at right, as a little girl), with her older sister, Kait, who's sitting behind her. Writes the author, "Everything about mental illness was, and largely remains, a hushed whisper. A label that terrifies more than it liberates." Her hope, she told Fox News Digital, is to shine a bright light on it.  (Kyleigh Leddy)

Fox News Digital: Do you want this mantle of being a spokesperson about the illness of schizophrenia — or do you feel that you've been thrust into the role, given the circumstances?

Leddy: I would say both. For me, it's part vocation and part passion. I always wanted to be a writer my whole life, so I think given the experiences within my family — my sister having this mental health issue — and now my interest in psychology that I'm pursuing, this is the natural next path for me. Trying to combine the two feels right. It feels like the combination of what I enjoy doing and what I'm passionate about.

"If you're just constantly dealing with the next crisis, you're not taking time to keep yourself in a healthy place. You have to put your life vest on first, so to speak."

Also, I think of just how much my sister had going for her. We had resources, yet that still wasn't enough. So I think about that, too, in terms of my family. You can have so much going for you, things that many people in our society don't have, yet it wasn't enough. I hope to put a spotlight on that aspect of this as well.

Fox News Digital: For others who might have a close family member or friend who's been diagnosed with schizophrenia, what would you advise? Is it even possible to offer advice in a general way?

Leddy: It [the illness] is so difficult. It's so hard to comprehend. The advice I would try to give another family — and this is easier said than done — is to take care of yourself first, if you can.

AMID ‘TRAGEDY’ OF HOPELESSNESS, STILL A REASON TO REJOICE

If you're just constantly dealing with the next crisis, you're not taking time to keep yourself in a healthy place. You have to put your life vest on first, so to speak.

This may be hard to execute in the moment, especially for the parents or the main caretakers of the person. I was the younger sibling — but I look at my mom and the toll my sister's illness took on her. I think it's just so important to get yourself in therapy, in family therapy, if you can afford it. It's so important to have extra support.

In her book, the author writes, "I do my best to focus on the light." She also says that "it's surprising how misrepresented schizophrenia is in our culture." (Kyleigh Leddy/Harper)

Fox News Digital: You make very clear that there are ripple effects of a person's mental illness on the rest of the family. Have you found that other people you speak to tend to deny or reject that aspect of the illness?

Leddy: I think that education around the psychology of it is so important. I studied it in college, and now I'm studying it in graduate school, at Columbia University [she is pursuing a master's degree in advanced clinical practice and public policy]. And I've had some time and the ability to process things, to understand what's going on neurologically, socially. That education is very grounding and helps people understand it better.

"Mental illness is real. It's a neurological condition. Something like schizophrenia or bipolar disorder — they're not that different from Alzheimer's. These are brain-based disorders that people are going through."

Fox News Digital: Do you ever think of what you might have done differently in the past in regard to your sister — or is that something you try not to do?

I try to remember that person and stay with that as long as possible.

Kyleigh Leddy's sister, Kaitlyn, spent some time modeling. Her modeling work "concealed how out of control my sister's life was, but it also granted her confidence," the author writes. Her sister changed dramatically after she suffered a traumatic brain injury, Kyleigh Leddy explains.  (Kyleigh Leddy)

Also, the grief [of losing her] never really goes away. So I find that the best way to cope with that is to try to channel it into something good — and hope that by telling her story, I can help other people.

Fox News Digital: What other lasting messages about your sister and her story do you want to share?

Leddy: That would be the very strong connections that I looked at retroactively between head traumas, and autoimmune issues, and PCOS [polycystic ovary syndrome, which her sister was also diagnosed with] — and how interconnected the mind and body are. Mental illness is real. It's a neurological condition.

Something like schizophrenia or bipolar disorder — they're not that different from Alzheimer's. These are brain-based disorders that people are going through.

And I hope that if someone is walking down the street, and maybe they see a homeless person ranting about something — I hope that they're not just dismissive of the person, or that they blame that person for something somehow. I hope they consider that perhaps the person has a serious mental illness, which so many homeless people have.

Excerpt from ‘The Perfect Other: A Memoir of My Sister'

Kyleigh Leddy: The label was too strong. [Kait] didn't want to be known for schizophrenia; she didn't want to have schizophrenia. She wanted to go back … to high school. She wasn't up for the challenge — it was too much of a burden. The climate wasn't right, the conversation about less severe mental health concerns just barely starting to emerge, peeking its head out hesitantly.

What would people think about a psychotic disorder? Who could truly understand it? I lived with it, and I still didn't.

"They're looking at you because you're beautiful," Mom reassured [Kait] countless times. "Not because anything is wrong with you."

Kait used to say that people on the streets were staring at her. Like white blood cells detecting pathogens, everyone around her could sense that she wasn't like them, an outsider not cooperating with the system. I remember learning in biology class about the Y-shaped antibodies that activated an immune response. They attack the enemy, the teacher explained, they'll try to destroy whatever they don't recognize, whatever is other. Was that how Kait felt? Like the enemy? Like the other?

I imagine Kait walking down a Philadelphia street, her long legs, her delicate face that required no makeup. Passersby stop to glance at her, eye her up and down, and in my sister's twisted reality, she feels threatened, discovered. They know she's sick. They know she's not like them.

"They're looking at you because you're beautiful," Mom reassured her countless times. "Not because anything is wrong with you."

"What would people think about a psychotic disorder? Who could truly understand it?"

This was the double-edged sword — modeling was both an outlet and a vice. It concealed how out of control my sister's life was, but it also granted her confidence.

When the cocktail of antipsychotics she was taking for symptom management altered her appearance, causing her to bloat and swell and her hair to thin and break, even this ounce of self-esteem was reduced. As if she could afford to lose more.

SPRING CLEANING FOR THE SOUL: HOW ONE BASEBALL WIFE FOUND A WAY TO WIN

I wish she had succeeded in being a pillar for others, in following through on that dream of standing as a poster child and increasing compassion and understanding around neurological conditions — be the light she was meant to be.

Maybe she still can.