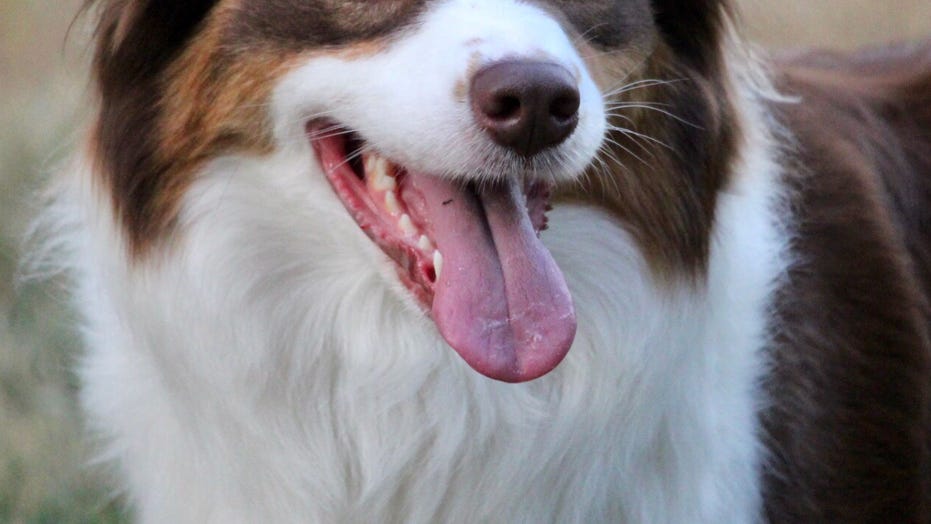 After two years of worrying, a military couple in New Jersey is finally being reunited with their lost dog.

The dog was reportedly left in the care of a family member who allegedly sold it without the couple’s permission. The lost Australian Shepard was eventually located in a shelter in Tennessee, thanks to a microchip.

Wings of Rescue, an organization that “flies at-risk pets from disaster areas and overcrowded shelters to shelters with empty kennel space,” posted Jodie’s story to Facebook. Jodie’s owners, Gregory and Victoria Hudler, are both veterans.

DOG WITH 6 LEGS ADOPTED BY BULLIED TEEN: 'NOW HE'S GOT A BEST FRIEND'

“Wings of Rescue is proud to be flying a special passenger on tomorrow morning's flight from Mississippi to New Jersey,” the post begins. “Jodie was a one-year-old puppy, who was stolen from her owners, Gregory and Victoria Hudler. Nearly two years later she was discovered in a rural Tennessee shelter. Tomorrow Wings of Rescue will make a special stop in Knoxville, Tennessee to pick her up, and join our 130 dog transport from Mississippi, so she can be reunited with this super excited couple! We’ll be singing Reunited and It Feels So Good across the east coast! Let The Fur Fly!”

The Hudler’s originally adopted Jodie as an emotional support dog, NJ.com reports. When they were expecting the birth of their first child, they reportedly left Jodie in the care of a family member.

Unfortunately, Jodie was allegedly sold without the Hudler’s knowledge. It’s unclear how exactly she ended up in Tennessee, but she was identified as the Hudler’s dog thanks to a microchip.

Jodie was reunited with her family on Saturday afternoon, who had an emotional reunion with the dog right as she got off the plane.