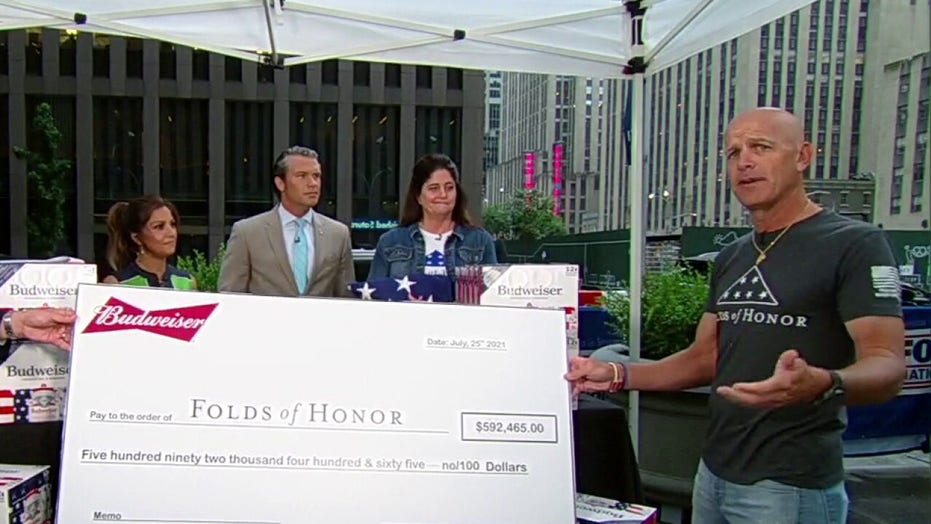 A naval base in Florida recently shared images from a one-of-a-kind birthday experience it provided for the widow of the Navy’s first Master Chief Petty Officer. For the woman’s 100th birthday, she was flown on a helicopter around the ship named after her husband.

After circling the USS Delbert D. Black, Irma Black then asked for an aerial tour of nearby Jacksonville. (Naval Station Mayport)

Naval Station Mayport shared images of Irma Black’s birthday flight on Facebook. After circling the USS Delbert D. Black, the birthday girl then asked for an aerial tour of nearby Jacksonville.

Irma Black is the widow of the aforementioned Delbert Black, the first enlisted representative to the Chief of Naval Operations and a survivor of the Pearl Harbor attack. He and Irma had been married for 50 years when he passed away in 2000.

Irma also enlisted in the Navy during World War 2 under the Women Accepted for Volunteer Emergency Service program. She served as a seaman first class storekeeper. She has continued to support the Navy in the years since her husband passed.

Last week, the base welcomed Irma to celebrate her 100th birthday on the USS Delbert Black’s chief’s mess. While there, she expressed a desire to fly in a helicopter for her special day and the crew decided to make it happen.

While she was flown around the ship, the crew hailed her from the ship’s topside.

After the trip, she was presented with a framed photo from the crew of the USS Delbert Black. She then took the time to pose for pictures with several of the crew members.