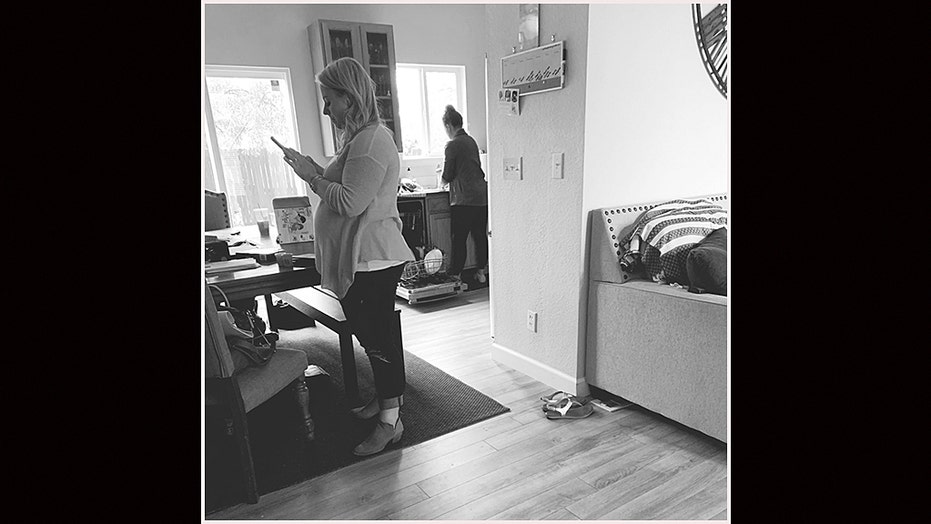 True friendship is a priceless gift, according to one Colorado mom whose emotional Facebook post thanking two of her true-blue pals for driving over 30 miles to spontaneously visit during her time of need has gone viral.

Last week, the Northern Colorado Moms Blog shared a candid black and white image of two women in a kitchen, one cleaning the dishes and the other looking at a cellphone. The post defined the meaning of “on the way friends” as the people who will simply be there for you when life gets rocky, no questions asked.

“This is what friendship looks like,” the author began. “I am currently walking through the hardest season of my life, and as Mamas we feel like we’ve always gotta put on our big girl pants and just muscle through… If there’s one thing this season has taught me, it’s that that sort of lie is terribly dangerous to believe."

“I needed my people today. I thought I just needed to call them up and cry about what was happening, and then while on the phone, my sweet friend asked me such an important question,” the writer shared with the Facebook group’s 10,000-plus followers.

“She asked me to just say what I needed and wanted most. I told her that I didn’t want to be alone. Her response — ‘I’m on my way.’”

“I started in with all of the reasons she couldn’t and shouldn’t come,” the author said, citing her messy home and the trouble of driving all the way there. “Her response – ‘Sister, I don’t care about any of that. You said you don’t want to be alone, so I’m coming.’”

"I started in with all of the reasons she couldn’t and shouldn’t come... Her response – ‘Sister, I don’t care about any of that. You said you don’t want to be alone, so I’m coming.'"

The writer detailed that her pal traveled from Greeley to Fort Collins, about a 32-mile drive, picking up another friend and lunch for the group on the way.

“They walked into my house, gave me the biggest hugs, and asked ‘What can we do?’” she went on. “My disaster of a house? They helped me clean it, and assured me it wasn’t that bad. They let me cry, they made me laugh, we listened to music, and most importantly...I. Wasn’t. Alone.”

“Mama, if you’re going through a rough season...know that you don’t have to do it by yourself. You don’t even have to know what you need — just start by asking to not be alone,” she said.

“Praying for all of you walking the tough roads right now...whatever that may look like for you, know that you’re not walking it alone!”

The powerful message has since gone viral with more than 106,000 shares and over 33,000 comments to date.

“Beautiful post and picture. It’s so true... and not talked about often enough,” one user said. “I needed to read this today. So thank YOU. Touched my heart and brought me to tears.”

“I lost one of my best friends almost 4 years ago, and I think about her every day. We had a special relationship that I miss very much,” another shared.

“What a blessing to have people in your life who will demonstrate love in such a meaningful way!” one wrote.

On Sunday, the viral post’s author revealed her identity as Kimberly Adams, the administrator behind the Facebook group.

“I originally published the post with full intention of remaining anonymous,” she began. “My name is Kim, and these beautiful women pictured below are my #OnTheWayFriends. The ones getting me through, and often times carrying me down this rough road.”

True friendship is a priceless gift, according to one Colorado mom whose emotional Facebook post, thanking two of her true-blue pals for driving over 30 miles to spontaneously visit during her time of need has gone viral. (Kimberly Adams)

Adams detailed that she first connected with many of her “on the way friends” through the Facebook group, and urged anyone feeling lonely to get involved with groups in their community or area.

“Sisters, every one of those lonely comments has broken my heart over the last couple of days. Because I know that feeling all too well,” she said. “I want you to know that it doesn’t have to stay that way.”

Adams said that the “rough season” she alluded to in her initial, viral post includes being a newly single parent after divorce, and that the days spent without her son are “really difficult,” according to Good Morning America.

In a larger sense, meanwhile, the author told Fox News said she never expected the story to go as far and wide as it did.

“I am incredibly overwhelmed by the response this has received,” Adams said on Oct. 23. “The fact that this was something that has resonated with so many, is an incredibly humbling experience. I wrote it to remind people that they aren't alone, and that message came back in spades for me.”

Adams detailed that her unnamed friends in the now-viral image have described the sudden attention as “very surreal,” but claimed that they are happy to be part of the larger conversation

“[My friends] feel that this is all very surreal, but are thrilled that the message of love and vulnerability is being spread. They also hope that everyone who reads it will seek to be that "on the way" friend to someone!” she shared.